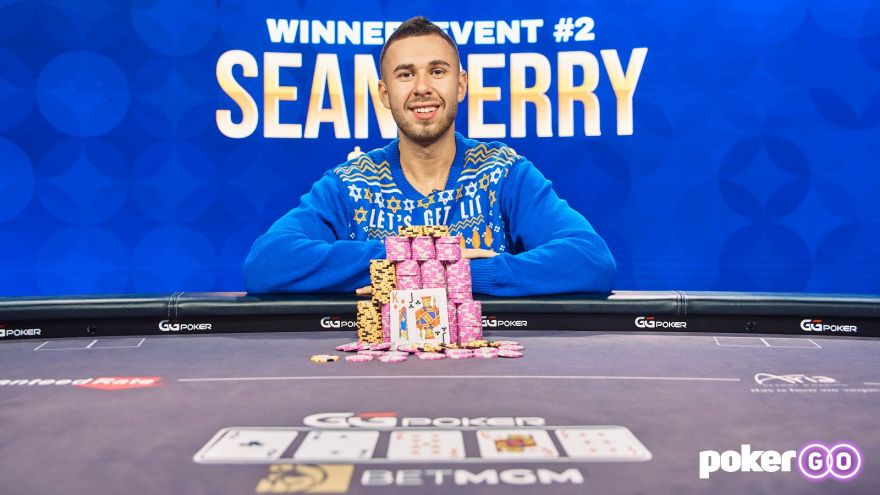 Sean Perry took down the second Poker Masters event of the 2021 series in Las Vegas last night, pocketing $206,400 ahead of a final table that included Daniel Negreanu...

Erik Seidel, Jason Koon, and Jonathan Jaffe were among those in the money but falling short of the final table, the second day seeing the 6 remaining players return to battle for top honours, with Daniel Negreanu sitting on the shortest stack.

Schindler fell in 4th and then it was the run of Negreanu to hit the rail, his suited K 10 unable to overcome Perry’s pocket sixes but nonetheless having run up his short stack to a 3rd spot worth $103,200.

That left Perry heads-up against Jeremy Ausmus and it came down to an audacious bluff that didn’t quite get there.

...who then led out with a quarter pot bet, Ausmus calling.

Another bet-call, this time in reverse after Perry checked the turn, brought the players to the river...

...and when Perry checked again Ausmus decided to take his tournament life into his own hands and shoved. Perry, with about 2.5million more than Ausmus, tanked and then eventually made the call to receive the good news.

Perry told PokerGO reporters afterwards: “I’m so ecstatic... I just won in a star-studded field against people I grew up watching play, my idols. These guys are phenomenal. I’m so honored and so happy.”

With the early overall lead in the race to the Purple Jacket that goes to the overall Poker Masters winner, Perry stated: “I want to win Player of the Year for PokerGO, which would be so awesome, but winning the Poker Masters – oh, man. I’d look so good wearing that Purple Jacket going clubbing and I’d wear it to every final table. It’d be so nice.”