Event 2 at the highstakes US Poker Open in Las Vegas saw the players indulge in some 4-card fun, a $10k buy-in PLO tournament that Sam Soverel took down for $175,500 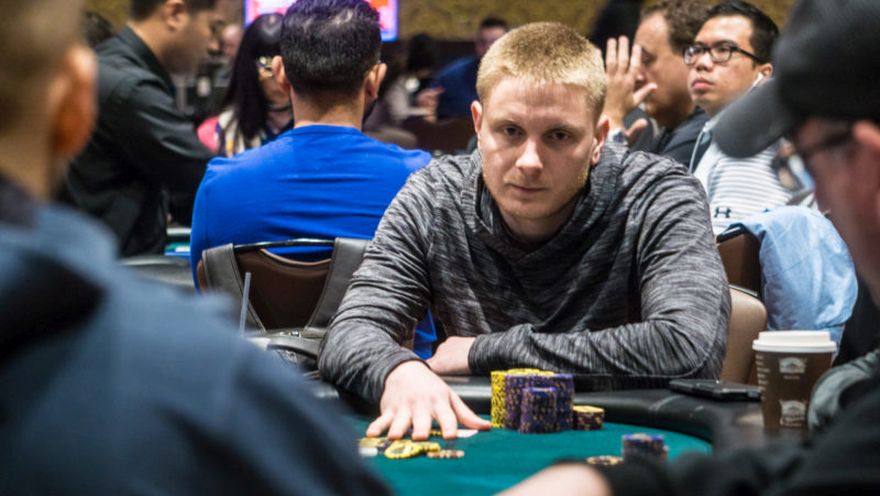 Event 2 at the highstakes US Poker Open in Las Vegas saw the players indulge in some 4-card fun, a $10k buy-in PLO tournament that Sam Soverel took down for $175,500...

Every even numbered event is a day off from the standard $10k NLHE that has so far – admittedly only one event in – seen record-breaking numbers, with Jake Daniels heading a field of 95 to bag the first of 12 tournaments.

Yesterday’s PLO final table had seen the original 65 entries whittled down to just 6 players, and Soverel topped the chip counts with more than double that of his nearest challenger.

He was also in the thick of the action as the short stacks struggled to stay afloat in the chase for the money and the leaderboard points that will determine who lifts the Golden Eagle trophy and extra $50k in prizemoney.

A 2:1 chip lead was too much to overcome for Cristos and the final hand played out as follows, the USPO.com live updates providing coverage as well as the live stream...

“Cristos raised holding ace-jack-four-deuce with two clubs and Soverel defended his big blind with ten-nine-seven-four with two diamonds. The flop brought out ace-nine-seven and Soverel check-called a bet of 400,000. The turn brought a seven, giving Soverel trips, and Cristos moved all in for a two-thirds the size of the pot. Soverel made the call and he had Cristos drawing dead to claim the victory in this event.”

Meanwhile event 3, a $10k No Limit Hold’em event, is well underway, although Daniel Negreanu hasn’t made the money for the third event in a row.

The GGPoker ambassador is still upbeat about things though as he tweeted out his daily improvement...

We’ll bring you all the best of the USPO results and action right here so be sure to check in for your daily updates!