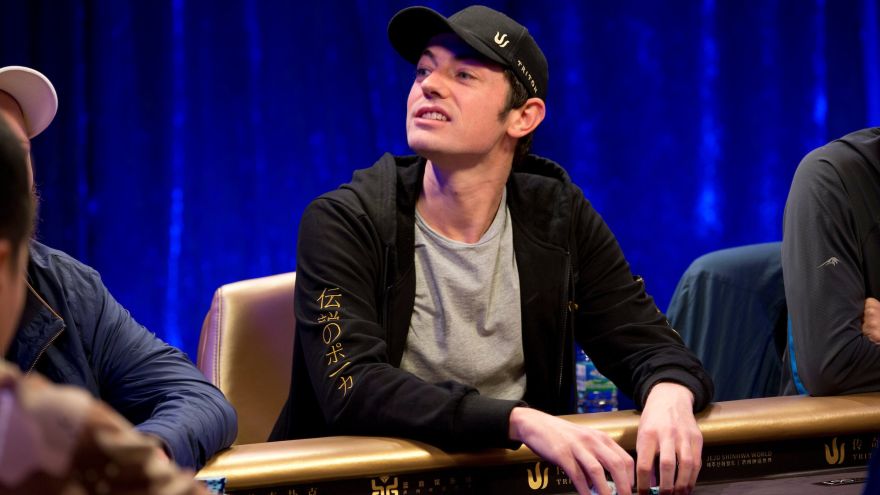 Cao was tipped off perhaps by Dwan's desire fifteen minutes earlier that the game include a €10,000 bounty if a player managed to win a pot with seven-deuce in the hole. All the players agreed to Dwan's terms, meaning that a win with seven-deuce would scoop the pot and an additional €60,000 -- €10,000 from each player.

The action kicks off with Dwan's opening bet of €12,000 from the cutoff with his seven-deuce offsuit. Cao raised to €36,000 with just eight-seven offsuit, and Dwan called.

A flop of Ad-5h-Qs sees Dwan check and Cao bet €30,000, only to be check-raised to €126,000 by Dwan. Cao makes the call with his eight-high, and calls again on the Ac turn when Dwan fires €160,000 into the pot, after first making a show of standing up to get a good look at Cao's remaining chips and asking Rui how much money he had on the table.

The Ks on the river helps neither player, and Dwan's hopes of scoring the pot and the €60,000 seven-deuce bounty are laid to rest when he checks. Cao, still with only eight-high, shoved his remaining stack of €239,000, pushing the pot to €894,000.

Dwan quickly folded and showed the table his seven-deuce, prompting his tablemates to inquire as to why he didn't continue betting on the river instead of giving up.

"He would have snap-called me if I shoved," stated Dwan.

Cao proudly turned over his eight-seven, much to the delight of his fellow players, and earning a respectful fistbump from Dwan.

"You shove, I swear to God I call," Cao insisted, while he scooped the pot and his tablemates continued laughing.