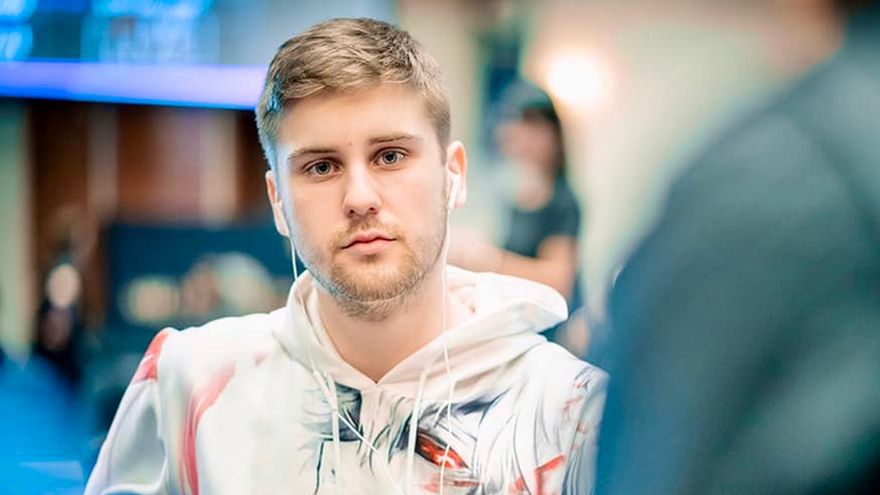 The $25,000 buy-in event attracted only 21 players generating a $525,000 prize pool, held at the Bellagio Resort and Casino in Las Vegas, Nevada. This victory is Gostisa's biggest live poker score and improves his career earnings to $996,617, placing him second in Slovenia All Time Money List.

The board ran out J♥7♣7♦Q♠Q♥ and Gostisa won with a full house busting Hyun in the fourth position.

The board came 10♣9♠5♥6♣2♣ and Foxen flopped top pair knocking out Schindler in third place, Schindler took home $84,000 for his efforts.

After Schindler's elimination, a heads-up battle between Gostisa and Foxen began. Alex Foxen took the chip lead, but it did not last for long as he was forced to fold after Gostisa raised on the river. The flop came 6♥3♦3♣ and both players checked the turn card was 4♥, and Foxen bet 60,0000 and Gostisa called. The 4♦ river card completed the board, Foxen bet 250,000 after tanking, and Gostisa raised to 800,000 after using two-time banks. Foxen mucked his 3♥ card face up after utilizing three of his last four-time banks.

Once Gostisa took the chip lead, he never looked back, and it did not take long before he was the crowned champion. The final hand of the event was when Gostisa moved all-in, and Foxen called with his remaining 150,000 chip stack.