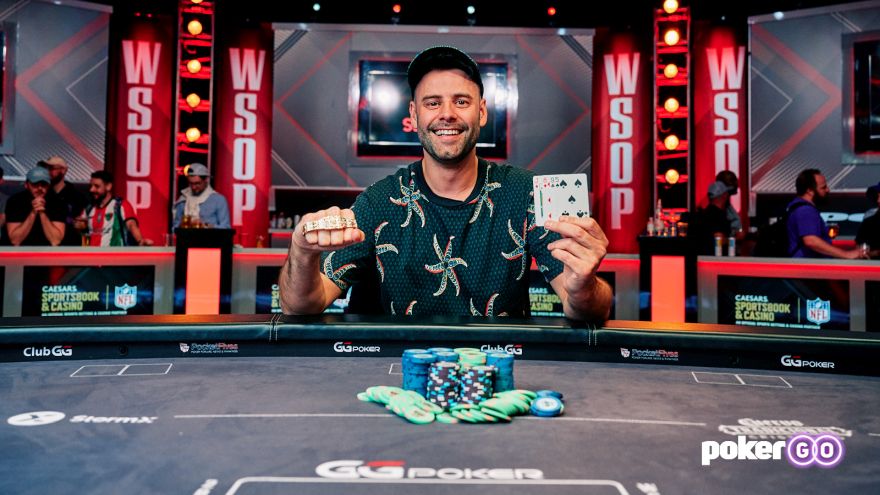 Swansea-man Cowen – variously described incorrectly as being “Welch” and “English” in reports – had picked up the $3k PLO 6-handed bracelet last November and was back for a shot at a much bigger event, one of 106 entries producing a $5,074,750 prizepool.

The biggest names in the game were in the field, with Phil Ivey, Daniel Negreanu, Phil Galfond, Shaun Deeb, Alex Foxen, and Stephen Chidwick all falling on day one.

The final two tables made the money on day two, although Joni Jouhkimainen fell in 10th, and was joined by Scott Seiver in 8th and Jason Mercier in 6th before the day ended.


The remaining five returned for the final day, and Jared Bleznick was first to fall, running kings into aces...

"Disaster, I am in bad shape," said Bleznick to his rail and there was no miracle escape...

Overnight chip leader, Bulgaria’s Veselin Karakitukov, was next to fall at the hands of Cowen, who then disposed of Ben Lamb – who ran into quads along the way –to set the heads-up battle with Dudley.

The 3-1 chip lead the Welsh pro held was carried to victory, the final hand


All the chips went in on the flop with Dudley at risk...


... and the Michigan man briefly celebrated his “escape” before realising his flush had been trumped by Cowen’s full house.

Speaking of the difference between his $3k bracelet win last year and the massive $50k version yesterday, Cowen explained: “It's the same, it is just PLO. It is obviously a lot tougher because everyone is gambling a lot more ... you can't really run anyone over.”