Phil Ivey has taken down the Triton Poker $30k buy-in Short Deck title for a $387,000 cash, making it his third such victory in the exciting 36-card variant 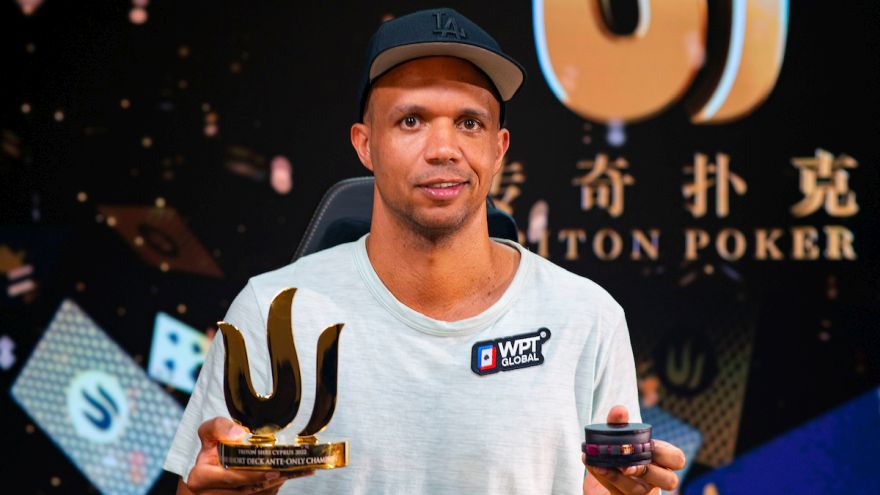 Phil Ivey has taken down the Triton Poker $30k buy-in Short Deck title for a $387,000 cash, making it his third such victory in the exciting 36-card variant...

Ivey was one of 23 players who fancied their chances in event 10 of the SHR Series in northern Cyprus, the 15 re-entries producing a prizepool of $1,140,000.

There would be six paid spots and the nature of Short Deck meant that the battle for the cash was a fierce and exciting affair for fans and players alike.

Nine players returned for day two, but three would leave empty-handed, with Paul Phua – who landed his 25th Triton cash the day before – falling on the bubble after running his A♥ Q♠ into Kiat Lee’s K♦ K♠.

With $80k now sewn up, all eyes were on the top prize and Ivey was far from the only star in the mix.

Tom Dwan was playing his first event of the series, while Belarus beast Mikita Badziakouski, Canadian crushers Sam Greenwood and Daniel Dvoress, and Malaysia’s Kiat Lee all fancied their chances.

Dwan was way out in front, especially after despatching Dvoress, but it would soon all crumble to dust for the fan favourite.

He spewed off chips to Ivey three hands in quick succession, Dwan’s pocket jacks losing to big slick and spelling the end for “Durrrr” – 5th spot and $103k.

Three-handed and the action continued apace, Lee cracking Greenwood’s aces but coming unstuck when he ran K♥ 10♥ into the Canadian’s A♦ J♦. That meant third spot and $171k for Lee and heads-up between Ivey and Greenwood for the win.

The legendary duo battled back and forth for a bit, Greenwood closing the chip gap at one point, but eventually he was all-in and at risk...

That gave Ivey his third Triton Poker SHR short deck victory, doubtless a welcome sight after he failed to trouble the cashier in the No Limit part of the Cyprus series.

“I love playing short deck,” Ivey said afterwards. adding: “It’s a great game so I’m very happy.” Of his heads-up opponent, Greenwood, he stated: “He’s a tough player, plays back at you a lot.

The Triton Poker SHR series in Cyprus continues today with the final table of the $40k Short deck and day one of the $50k version. We’ll have all the best of the action and results right here on HighstakesDB, so be sure to check in!