White magic or the worst call in the history of the game? 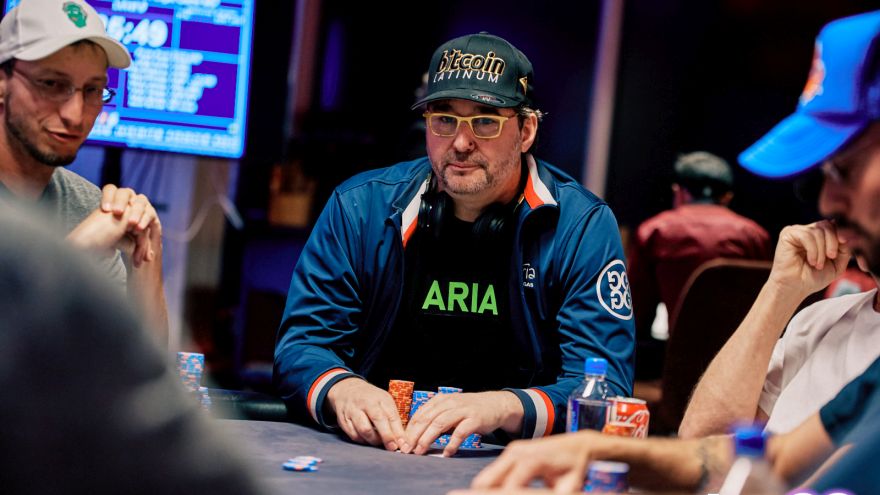 White magic or the worst call in the history of the game? That was the question being asked after Phil Hellmuth’s remarkable all-in and at risk call of Alex Foxen’s 4-bet with just queen-four offsuit!

can someone explain to us what's going on here?

IS THIS THE POKER HAND OF THE YEAR? pic.twitter.com/rpkIP3GwgR

The pair locked horns at the final table of event 9 in the US Poker Open, a $25k buy-in tournament, with close to $½ million up top and five players left in the hunt.

Hellmuth, who rarely plays such events and has faced criticism because of it, was facing a raise from Foxen when he decided to get a little frisky in the big blind, 3-betting with the offsuit Q4.

Faced with a 4-bet from Foxen, who is considered to be one of the best highstakes NLHE tournament players, big Phil decided it was time to use his “white magic”.

“Is he considering putting it in with Q4 off?” was the commentary team’s disbelieving line just as Hellmuth called off the rest of his stack.

“Yeah, I guess I better play to win,” said Hellmuth as he shoved his stack into the middle...

...and was immediately rewarded when the flop hit, with the river sealing the hand...


As the hand went viral, it produced some excellent memes in response, Hellmuth quick to share the best of them...

Foxen did his best to keep a straight face throughout, but he was probably as shocked as anyway at what happened, and he’d be even more shocked when Hellmuth KO’d him in 3rd spot, the poker Brat’s king-queen overcoming Foxen’s ace-ten.

While Hellmuth was losing out heads-up to fellow old-school legend Erik Seidel, poker Twitter was going crazy over the Q4 call, though very dew agreed with the calculations in the tweet above...

“Love Phil and really do root for him,” wrote poker fan Matt Lubawski, “but the 4B range given to Foxen here is a joke so he didn’t actually have that much equity. Also, this Sim shows that it would be + chip EV (assuming this ridiculous 4B range is accurate) but its def not “printing money” because of ICM.”

Another poker Twitter fan was less inclined to mince his words: “What on earth would make this even remotely close to the hand of the year? Absolutely nothing even close to spectacular about it. Donkey plays bad gets lucky what's so unusual about that? The real irony is the tirade Phil would unleash if hands were reversed.”

That irony was not lost on the majority of fans, who had not only seen Hellmuth go bat-shit crazy the previous day at Chino Rheem, but also giving Foxen a taste of the poker Brat treatment earlier in event 9...

Hellmuth’s 4th place exit was accompanied by an expletive-laden tirade that would have every other player in the world sitting out at least one round as a penalty...

“How the fuck do I finish 4th...this guy, he’s the worst fucking player ever...he fucking flops the nuts...he doesn’t deserve it. He doesn’t fucking deserve it, it’s horrendous play...he doesn’t understand math,” was just one part of Helluth’s verbal assault on Rheem.

Against Alex Foxen, the verbal attack wasn’t quite so fierce, but still offensive, though Foxen seemed to be struggling to keep a smile from his face rather than his cool...

Oh, you thought @phil_hellmuth was mad at @ChinoRheem yesterday?

Watch him go off on @WAFoxen today!!! pic.twitter.com/X47DaxqUT0

For now, we’ll give the last word to Phil and his good buddy, Mike Matusow, who both believe the master of “white magic” has what it takes to best the best of the highstakes poker world...

Feel free to share your own take of Phil’s latest play and results on our social media channels...white magic or donkey luck?