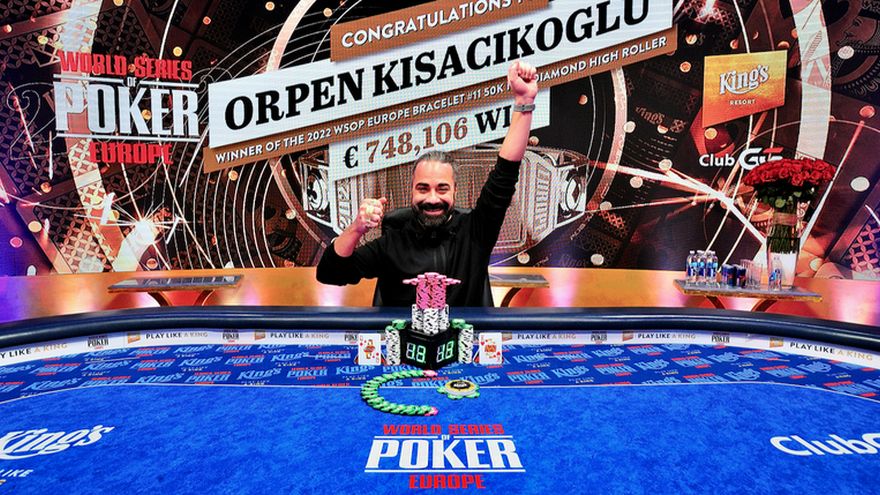 Leon Tsoukernik’s Kings Casino in the Czech Republic is once again playing host to the European version of the WSOP, and the highrollers were out in force at the same time as the Main Event was kicking off.

The 45 runners produced a €2,116,125 prizepool, of which only 7 would make the money. Missing out was Daniel Negreanu, the search for his 7th bracelet ended by fellow Canadian Daniel Dvoress...


Paul Phua was the bubble-boy this time, the winner of the €25k just a few days ago running his pocket 9s into Shaun Deeb’s kings to hit the rail.

The remaining magnificent 7 were guaranteed a €92,787 payday, but with a whopping €748,106 up top there was plenty still to play for. Dvoress exited in 7th at the hands of Kisacikoglu, followed by Daniel Pidun who flopped trip jacks only to find Tim Adams had one of his own, and a bigger kicker.

The rising blinds soon forced the hands of Adams and Petrangelo, finishing 5th and 4th respectively, and that left Deeb, Grafton and Kisacikoglu to decide the podium spots.

Deeb’s search for a 6th WSOP gold fell just short when he lost the following cooler...


Heads-up between Kisacikoglu and Grafton didn’t last long, the final hand seeing the Englishman dominated, but there was much more drama to come...

“Playing with friends makes things more relaxed at the table but yeah when we got to the final few I was starting to feel anxious about finishing second again (referencing his Triton second place result).”