Eljach took down the WSOPE Main Event, pocketing a monster €1,380,129 payday and denying Shaun Deeb his 6th WSOP gold bracelet in the process 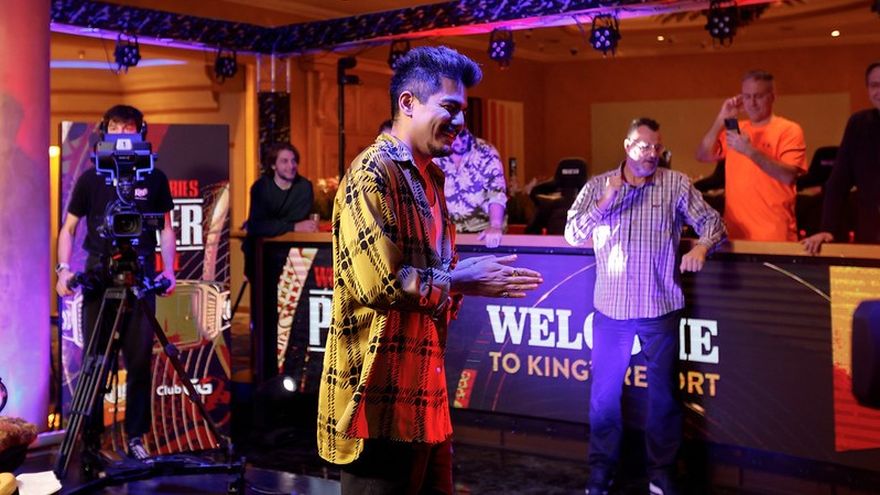 The flagship event of the WSOPE had attracted a record-breaking 763 entries, filling Leon Tsoukernik’s King’s Casino in Rozvadov and promising to make someone a millionaire.

There were plenty of those already among the contenders, Shaun Deeb and Timothy Adams among the biggest names making deep runs, with England’s “Hendon Mobster” – Barney Boatman – a popular face as the tournament reached the business end.

Adams, who has close to $30million in career earnings and had won the seven-player €100k Diamond SHR a few days previously, bubbled the official final table on day 4. The remaining eight returned for day 5 to fight for the bracelet, with Deeb looking for his 6th piece of jewellery.

Boatman, a legend in his homeland, had to settle for 7th place after Deeb cracked his aces, snap-calling Boatman’s turn 3-bet shove...

While Deeb was looking to improve on two high roller 3rd-spot finishes at the series, Eljach was hoping to go one better than his runner-up spot in the €5k PLO just a few days previously.

Eljach KO’d Armin Rezaei in 6th spot, with Covaciu and Tamasauskas following, the latter losing out with pocket nines versus pocket eights after the flop favoured Jonathan Pastore with a set.

Deeb had been steamrolling his way through the final table, but the wheels started to come off with a dubious crying call that cost him half his stack, and he finally fell to Eljach to end his bracelet dreams.

Heads-up lasted an almost ridiculous 6 hours – a thirteen minute tank-fold part of that – with both players deep-stacked and seemingly unable to finish each other off, both players holding huge chip leads at various points.

Eventually, something had to give, and Eljach finally found the right cards to end Pastore dogged resistance...

“It’s really hard to describe. So many emotions, all of them amazing,” Eljach told reporters afterwards, adding: “Such a draining battle… I feel relief, I feel incredible joy. Yeah… it’s an amazing feeling.”

The Swede, who had roughly $500k in cashes before yesterday’s epic victory, explained how he got into poker: “The first time I played was with my cousin in Colombia. I was about 16. He taught me the basic rules and stuff and I loved it. But, obviously, it was just home games with friends for pennies.”

He added: “Then, in my early 20s, I began to give it a shot and play low-stakes cash at the casinos in Stockholm. I’ve just been grinding away step-by-step, playing bigger and bigger, and now we’re here.”

With plans to play EPT Prague next month, Eljach will be taking a short holiday to celebrate first, explaining: “It will be nice to see something else after being here for a couple of weeks... but I don’t know where yet.”