Badziakouski entered the nine-handed final table as one of the small stacks, and it seemed like his tournament play was about surviving 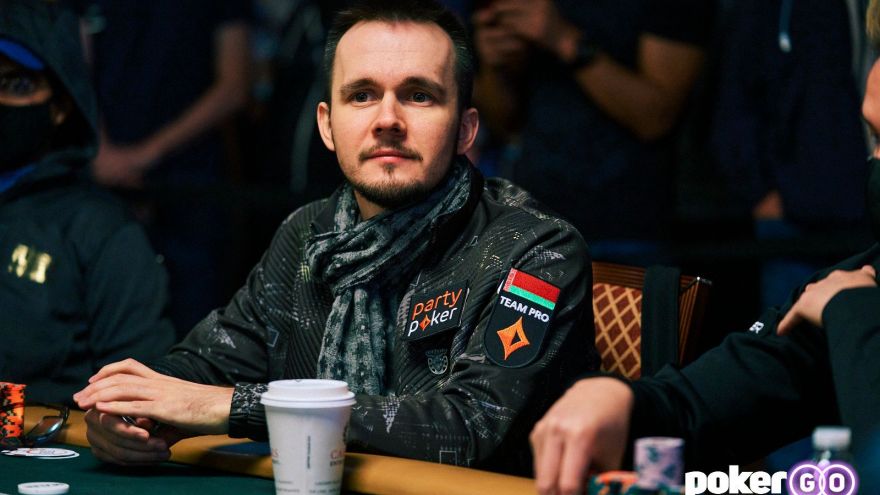 Badziakouski entered the nine-handed final table as one of the small stacks, and it seemed like his tournament play was about surviving. That was, however, not the case as the 29-year-old Belarusian clawed back and made an impressive run in one of the toughest final tables and prevailed, and he was the crowned champion.

Badziakouski has been on the hunt for his first WSOP bracelet for quite some time now. Back in July, Badziakouski came very close to securing his premier bracelet but fell short when he finished second in the GG Poker Short Deck online WSOP event. His most recent quest for a bracelet came in the $250,000 heads-up event where he was eliminated in the fifth position early in this year's WSOP series.

The smallest stack, Ryan Leng, was the first to be eliminated entering the final table after his pocket fives ran into Ren Lin's pocket kings and did not improve. Joao Viera was the next in line busting in eighth place.

Carlos Villamarin held a commanding chip lead heading into the final table and was in a prime position to seal the deal. However, he got eliminated in the seventh position after his pocket tens ran into Daniel Negreanu's K♠J♥ and Negreanu flopped top pair. Later, his ace-jack shove proved no match for Chidwick pocket aces.

After six players remained, the rate of eliminations slowed down a little bit. However, the fast-increasing blinds forced most players to move all-in since they were blinding out.

Badziakouski took the chip lead after scooping an enormous pot versus Chadwick and later on against Ali Imsirovic, and the two busted afterward.

Daniel Negreanu final-tabled as one of the small stacks but had a decent run and doubled up a couple of times. His pursuit for his seventh WSOP bracelet was nonetheless not successful. He busted in the third position after calling Lin's shove with his J♥5♥ versus Lin's A♠6♥ which Lin won with top pair after he rivered an ace.

Following Negreanu's elimination, a heads-up battle ensued with Badziakouski having a colossal chip lead over Lin.

Surprisingly things quickly turned in Lin's favor with his aggressive playing style, and Badziakouski was one card away from elimination at a certain point.

Badziakouski was able to rally from behind. After back and forth action, he won his maiden gold bracelet after Lin's king-seven shove did not materialize against his ace-five.