Michael Addamo has taken down the opening event of the Triton Super High Roller Series in Madrid, pocketing €478,000 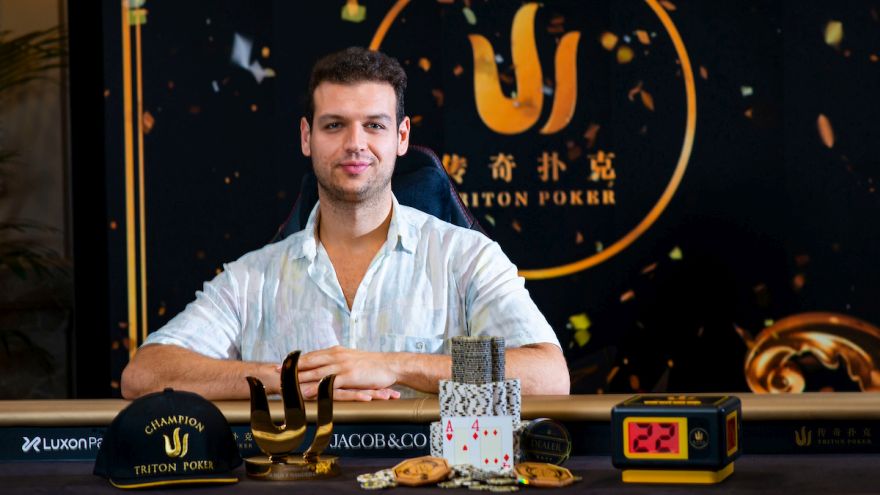 Michael Addamo has taken down the opening event of the Triton Super High Roller Series in Madrid, pocketing €478,000 after he went from chip leader to short stack and back again...

The highstakes community has descended en masse – with a few notable exceptions – on the Spanish city, with 13 tournaments scheduled from May 13th to 25th. Curiously, there is no event 4 – that number considered unlucky in Chinese culture – but Triton seems to have no problem with the “unlucky 13” of Western sensibilities!

Thirteen was also the number of players set to cash in the opening event, a €20k buy-in, 8-handed NLHE that drew 90 entries (including 34 re-entries) with the prizepool a hefty €1.8million.

Notable by their absence – so far, at least – were the dastardly duo of Ali Imsirovic and Jake Schindler, both recently accused of online cheating and neither making any public comment to the contrary.

@berkey11 your source is legit

No ali and jake at @tritonpoker

Perhaps the recent outing of “bad actors” in the game has attracted new players rather than scared them off, with Triton welcoming 17 new names to their “family”.

Among the newbies were Jeremy Ausmus, Morten Klein, Fernando Garcia, and Ni Liangce, the latter busting the money bubble by flopping the nut flush to send Wu Ye Wei to the rail penniless.

By the end of day one, nine players remained with €50k locked up, Addamo in the lead, with Triton tour co-founder Paul Phua in 2nd, and Rob Yong in the mix.

While the first two casualties of the final table were counting their winnings, Addamo conspired to lose two huge hands, dropping to only 10BBs, but the Aussie crusher wasn’t done yet.

He watched on as first Yong, then Phua, departed and then he decided to get motoring himself, KOing Hong Kong cash game specialist, Heung Wayne...

Down to just three and the stacks were all short, with Malaysia’s Michael Soyza rivering a bigger pair to end Tommy Kim’s excellent run – a €219,500 payout for the South Korean.

Heads-up between Addamo and Soyza saw the Aussie star quickly reverse the chip counts and he never really looked back, the end coming shortly afterwards...