Poker legend Eli Elezra scooped the $183,600 top prize in event 6 of the US Poker Open 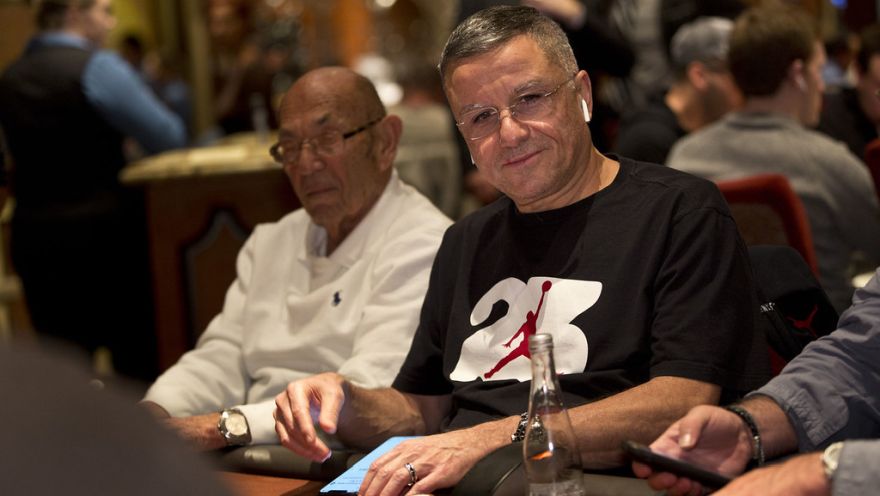 Poker legend Eli Elezra scooped the $183,600 top prize in event 6 of the US Poker Open, beating off a final table challenge in the $10k 8-Game tournament that included Daniel Negreanu, who finished 3rd...

It was the biggest field ever assembled for a US Poker Open 8-game tournament, with 68 entries battling it out in rounds of No Limit Hold’em, Limit Hold’em, PLO, Limit Omaha hi-lo, Razz, Stud, Stud hi-lo, and Limit 2-7 triple draw.

Coming into the final table on day two, David “ODB” Baker held the chip lead, but he would be first to fall as his pocket aces ran into Steve Zolotow’s suited big slick, the two-time WSOP bracelet winner hitting running hearts.

We’ve seen above how Negreanu lost most of his stack with Elezra finishing him off in a PLO hand with a rivered queen with a better two pair.

Heads-up saw Elezra grind Zolotow down, a Stud Hi-Lo hand ending the duel when Elzra paired his seven on sixth street and held on for the win, a $183,600 cash and enough Championship points to launch him to 7th on the Golden Eagle leaderboard race.