Louisiana pro Joseph Hebert took a step closer to his poker dream by taking down the WSOP Main Event domestic title, winning $1,553,256 and a shot at the gold bracelet and another $1million 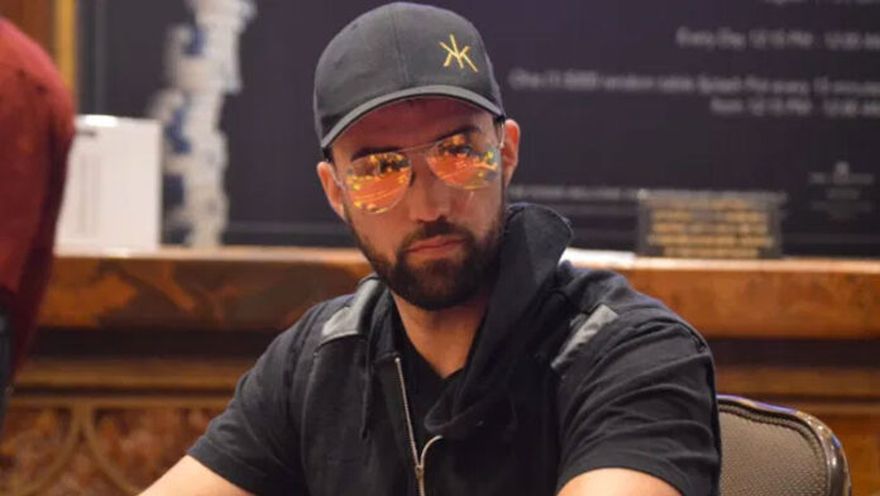 Louisiana pro Joseph Hebert took a step closer to his poker dream by taking down the WSOP Main Event domestic title, winning $1,553,256 and a shot at the gold bracelet and another $1million…

The experienced 38-year old was one of eight players to take a seat at the final table in the Rio All-Suite Hotel & Casino in Las Vegas yesterday, the octet qualifying from the 705-player field who battled for two days online at WSOP.com.

Apart from the massive prizepool and bragging rights at stake, the winner would also have a $1million winner-takes-all showdown with the GGPoker leg champion, Damian Salas, in a heads-up battle.

The big news before play started was that Upeshka De Silva, who was 8th in chips coming into the final table, had been disqualified for failing a Covid-19 test.

Uproar ensued on social media as word spread, but the rules were known well in advance and De Silva found himself out in 9th spot without seeing a card.

The result was much the same as that which befell Peiyuan Sun in the GGPoker version, the Chinese player not fancying the trip to Kings Casino in Rozvadov for the live final table, but it left a slightly sour taste as the final table battle kicked off.

Of the eight who did sit down to play, Hebert was the massive chip leader, with more than his closest two rivals’ stacks combined.

The first KO saw Gershon Distenfeld fall to the pocket queens of Ron Jenkins, the married father-of-three recreational player having already promised his $125,885 payout to charity.

Jenkins would be the executioner again, sending Shawn Stroke to the rails and crippling Harrison Dobin as he found queens again…

With less than four big blinds left, Dobin was soon all in with a random hand and Hebert’s two pair on the flop sent him crashing out in 6th place for $215,222.

Tony Yuan was next to depart as he lost a classic race against Hebert, 5th spot and $286,963 for the Chinese-born, Wisconsin player, and when Ryan Hagerty fell in 4th losing to Jenkins’ bigger ace, it was podium time.

Michael Cannon was the short stack, with Hebert way out front and Ron Jenkins inbetween them, and Cannon’s exit was a tough one as he raised his small blind all-in only to receive the bad news…

That left Hebert up against MAGA baseball cap wearing Jenkins for the top prize and the $1million showdown with Salas, but it would be third time unlucky for Jenkins with the ladies that would decide his fate…

Victory and $1,553,256 to Joseph Hebert, the Louisiana man in tears afterwards, telling reporters: "I really felt like I was dreaming. And I thought about my mom, and I know that she was here and this was for her. She would be so excited to see it, so I'm just so happy I got it for her."

Describing the flopped ace on the final hand, Hebert attributed it to his mother who passed away this summer, explaining: "It was definitely my mom. Hashtag for Linda. I know it was."

Hebert’s showdown with Salas, however, has been put back from December 30th to January 2nd or 3rd as the Argentinian has reportedly been refused entry to the US.

This is apparently on account of his Rozvadov win in Europe not allowing enough time for a clear Covid-19 test, several possible air routes to the US not recognising his certificate of good health.