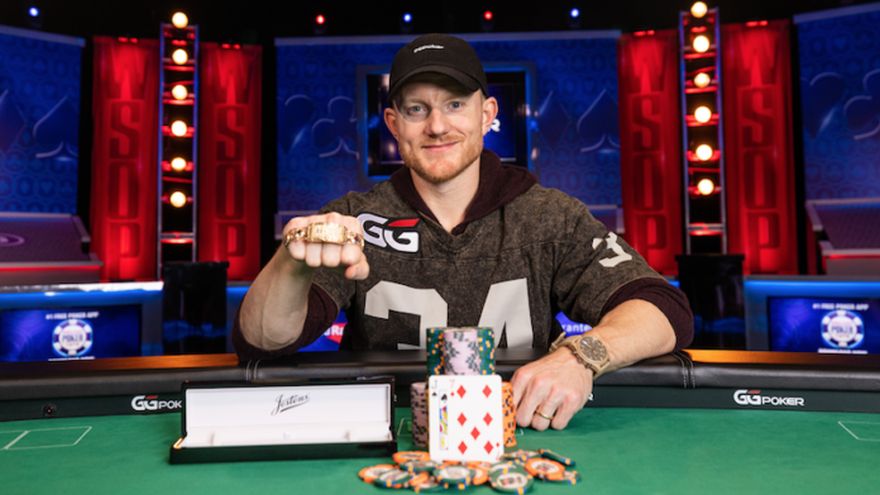 Jason Koon has topped a field of 57 entries to win his first WSOP gold bracelet in the $25k Heads-Up Championship for a prize of $243,981.

The American is one of the most accomplished players the game has ever seen, sitting ninth in the all-time money list with a total of $32,837,042 winnings, and yet, incredibly, he had never won a bracelet before.

The WSOP 2021 was never going to be an easy run for the West Virginia man, now residing in Vancouver. He became a father for the first time only a fortnight ago and is already feeling the effects of a lack of sleep.

He told how tiredness set in so intensely towards the end that he was even having trouble counting the pot accurately.

It doesn’t look to be slowing him down, though, because the final battle with Gabor Szabo was his third final table of the festival already. He will, however, be taking life a little easier for the remainder of the series.

“I was saying earlier that we were up at 8:30 this morning taking him to a doctor’s appointment. It’s pretty normal. I’m doing the dad stuff and then trying to balance everything, but obviously, it’s pretty hard to be balanced when you’re playing poker every day. So the next few weeks I’m going to slack off a little bit on the poker. You’ll see me play the super high rollers but you won’t see me in any mid-stakes events.”