The Pennsylvania-born pro took his year’s live earnings over the $1million mark with a $324,000 win at the most-stacked final table of the series so far 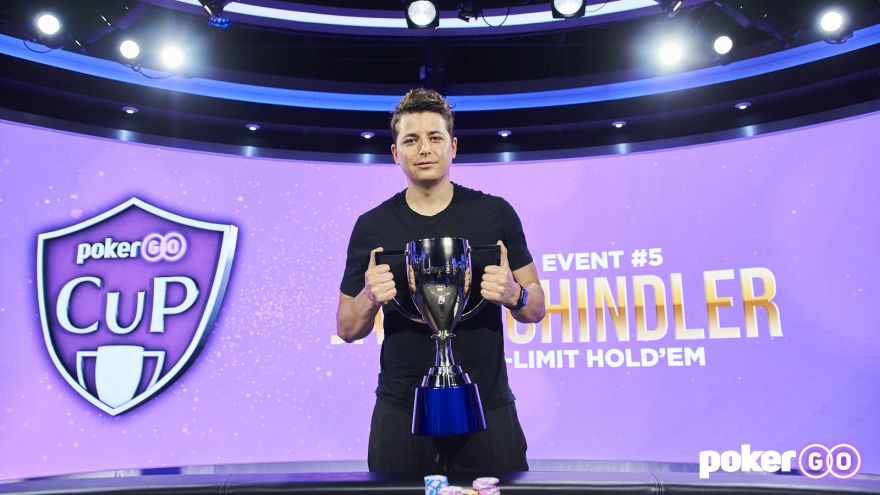 Jake Schindler scooped event 5 of the PokerGO Cup , the Pennsylvania-born pro taking his year’s live earnings over the $1million mark with a $324,000 win at the most-stacked final table of the series so far...

A field of 36 entries to the first of two $25k tournaments on the schedule had been whittled down to just six, among them Stephen Chidwick, David Peters, and Daniel Negreanu.

The latter was looking to break a tournament run that hadn’t seen a victory on US soil for 13 years – a fact pointed out rather too gleefully by Doug Polk this week.

Unfortunately for DNegs’ he wasn’t about to break that hoodoo yesterday, his own tweet describing his exit...

Next to hit the rail was Sean Winter, with David Peters – last month’s US Poker Open victor – taking him out, and then Schindler resumed his executioner role by busting England’s Stephen Chidwick in 4th spot.

David Coleman had made his third final table of the series but had to be content with that same number position and $144k after Schindler felled him, leaving only Peters between him and the title.

The heads-up battle ended with a typical race, Peters all-in and at risk after his pre-flop 3-bet shove was called…

“I pretty much just card racked,” Schindler explained afterwards, adding: “I didn’t have many decisions. Everything went well.”

As with Ali Imsirovic who has taken two of the five PokerGO Cup events so far, preparation is key according to Schindler: “Now, it’s extremely important,” he told PokerGO reporters.

“In the past, I don’t think it mattered quite as much, but everybody is in the lab doing solver stuff, so if you don’t do some of that then you’ll probably be left behind. I think it’s pretty important.”

Imsirovic still leads the leaderboard race with three events still to go, another $25k finishing today followed by a $50k and then the $100k buy-in grand finale.