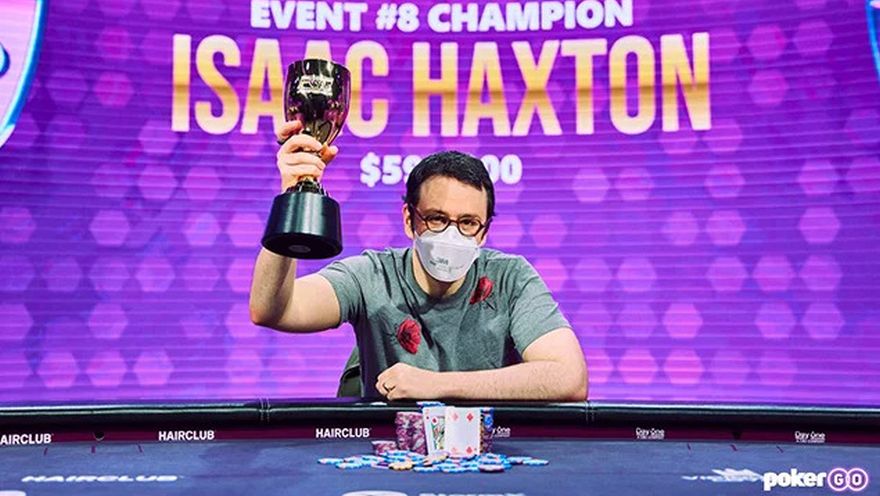 Ike Haxton finished off the 2023 PokerGO Cup in style, bagging the $50k final event #8 for a monster $598,000 scoop, with runner-up Cary Katz rewarded for his consistency with top spot in the overall leaderboard race.

Haxton and Katz were joined by 24 other entries to the $50k closer, with only 4 spots paid and hopes of a late run to the post for Daniel Negreanu scuppered when he ran into Anthony Hu’s pocket kings.
Hu, winner of event 5, was himself eliminated before the paid spots, as were Freddy Deeb and bubble-boy, Brian Kim, the latter falling to Katz...

The final table on day 2 saw Haxton, Katz, Colpoys and Winter all chasing the win, Winter looking to bookend his series opening win with a grand finale.

Colpoys was looking to go one better than his finish of the previous day, runner-up to Punnat Punsri in event 7, while Katz was Mr Consistency with 5 cashes whereas Haxton hadn’t previously troubled the scorers.

It took a couple of hours of play for the first casualty to emerge, Colpoys’ pocket nines a big favourite against Haxton suited small ace until another ace appeared on the flop – 4th place and $130,000 as consolation.

The overall leaderboard race was still up in the air, both Katz and Winter in the mix, but that ended in the former’s favour in this 3-way hand...

Katz was PokerGO Cup champion, but could he add a tournament title to his resume? He had a big chip deficit to overcome and it proved too much, Haxton saving his best run for last and scooping the $598,000 top prize...