Hamilton bagged the biggest score of his career when he took down the EPT London Main Event for £664,400 ($771,631) after a dramatic comeback 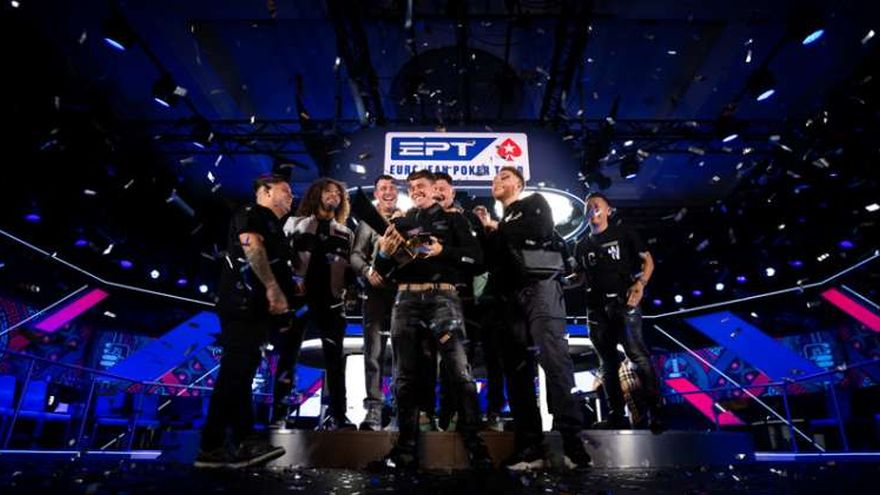 England’s Ian Hamilton bagged the biggest score of his career when he took down the EPT London Main Event for £664,400 ($771,631) after a dramatic comeback...

Hamilton was among 749 entries to the prestigious £5300 buy-in tournament held at the Hilton Park Lane, all looking for a chunk of the £3,632,650 prizepool as the EPT returned to the English capital after an 8-year absence.

It took five full days of play to whittle the field down to the final table, day 6 dawning with half a dozen hopefuls still in contention and a brutal early exit for Germany’s Nils Pudel...

Romanian filmmaker, Danut Chisu, was next to fall when his UTG shove ran into Switzerland’s Alexandre Vuilleumier and a big pair in the small blind...

The Czech Republic has produced plenty of winners in big events, but Roman Hrabec’s efforts to join them fell just short, dominated by Sinclair in a big ace battle and having to settle for 4th spot and £227,800.

When Vuilleumier’s bid ended in 3rd (£296,150) at the hands of Jack Sinclair, we had a well-earned all-English heads-up affair on home soil...

Hamilton had survived some scary moments throughout the final table, hitting a 3-outer on the river to survive among them.

He would later tell Joe Stapleton: “A couple of levels in I went out feeling a bit like demoralized and then just came back and said it’s time to put the pedal down and go for it. We’re here now, let’s take it while we can.”

That would be no easy task against the talented and experienced Sinclair, winner of the 2018 WSOPE Main Event, who held a chip lead as heads-up play began.

There would be no stopping Hamilton, however, and after taking the chip lead he finished things off in style...