The WSOP Main Event is down to just a trio of contenders in the hunt for the most elusive and highly-coveted gold bracelet of all, along with the $8million that goes with it 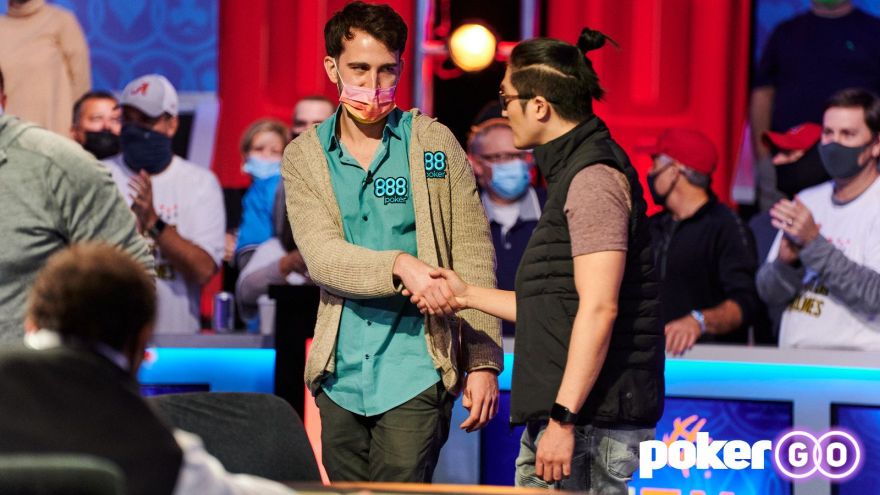 And then there were three! The WSOP Main Event is down to just a trio of contenders in the hunt for the most elusive and highly-coveted gold bracelet of all, along with the $8million that goes with it.

Germany’s Koray Aldemir, England’s Jack Oliver and the USA’s George Holmes survived the most nerve-wracking of days so far, seven hours of final table play in front of the PokerGO cameras, assembled media and a crowded rail cheering on their favourites.

The day began with nine players in the mix, all of whom had secured $1million for their deep runs, and Chase Bianchi was the man who would leave with exactly that, his BB jam called by Jack Oliver.

Next to fall in the race for glory was Jareth East, his ace-jack running into Holmes’ pocket queens, a flopped set all but ending his dreams – East out in 8th spot for $1.1million.

Argentina’s Alejandro Lococo has been one of the star players so far this Main Event, but the eventful run of the rapper known to millions of fans as “PapoMC” finally came to a painful end.

Aldemir 3-bet pre-flop and followed up by firing every street, but Lococo still found a call on the over-bet river, only to get the bad news that his Main Event was over...

Aldemir followed this by KO’ing Hye Park in 6th spot, a rather more conventional race sending the New Jersey pro to the rail in 6th spot for $1.4million.

Aldemir, not content with having a massive chip lead 5-handed, pulled even further ahead, at the expense of Ozgur Secilmis, the short-stacked Turkish player chancing his arm with king-five suited only to run into the German’s pocket 9s and the board bricked.

Secilmis’ 5th place and $1.8million should have ended the night’s play, but there one more dramatic moment to come, with a massive 3-way all in almost taking the event to an unexpected heads-up.

Both Oliver and Remitio were at risk, although the ...

...gave Oliver a flush draw and the remarkable...

...gave him the triple up, while Remitio made his straight to scoop a small side-pot to survive, although his short-stack fell next hand to Oliver.