Benitez stunned the big names at the PokerStars EPT Barcelona stop, scooping the €25k No Limit title to go along with his €10k Mystery Bounty event win 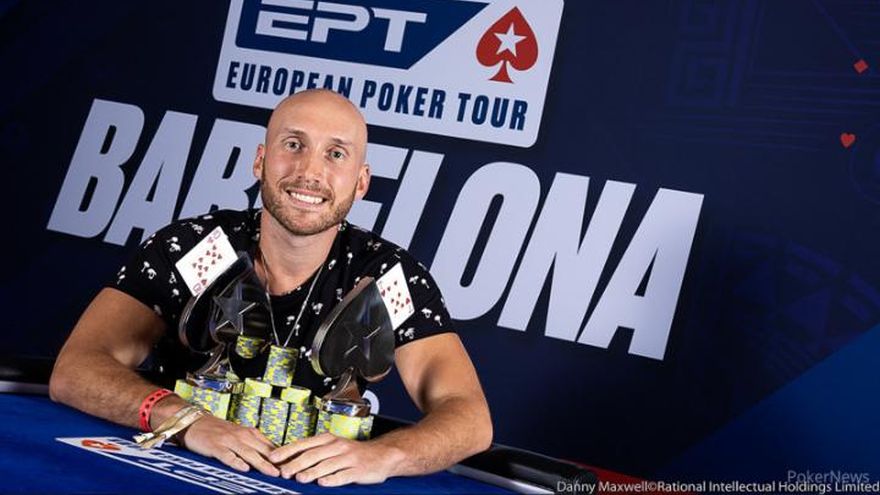 Uruguay’s Francisco Benitez stunned the big names at the PokerStars EPT Barcelona stop, scooping the €25k No Limit title to go along with his €10k Mystery Bounty event win earlier in the week!

Benitez was already on a high having taken the €114,080 and a staggering €110,000 in bounties, before jumping into the €25k event and continuing his great run of form.

Reaching the day 2 final table alongside the likes of Tim Adams, Erik Seidel, Artur Martirosian and Paul Phua, the €1,200,500 prizepool would only be shared among seven players.

Spain’s Adrian Mateos became the unfortunate bubble-boy at the hands of Phua, and in brutal fashion...

That coller guaranteed the remaining seven at least €63,030 and it was Canada’s modern-day poker legend Timothy Adams who would pocket that sum, losing a big slick vs pocket fives race to Argentina’s Ramiro Petrone.

Seidel followed him to the rail courtesy of Petrone as well, and then Garagnani departed when big slick went 0 for 2, losing to Phua’s nines.

With the prizemoney now well into six figures, Martirosian fell foul of Benitez and then Triton Poker founder Paul Phua also ran into the Uruguayan’s rungood.

That left Benitez heads-up against his good friend Petrone, and the pair decided to do a deal, Benitez explaining: “He’s my friend, and we talked about getting heads up together, ‘blah, blah, blah', and we did it.”

The ICM chop saw Benitez take home €341,565, with Petrone receiving €306,705, and Benitez winning the trophy for his second victory in as many days.

“I feel very good. It’s an awesome, awesome start,” said a delighted Benitez, who had bagged his biggest-ever live cash twice in a row, although he did pocket a massive $759,419 as runner up in last year’s WSOP Online SuperMillion$.