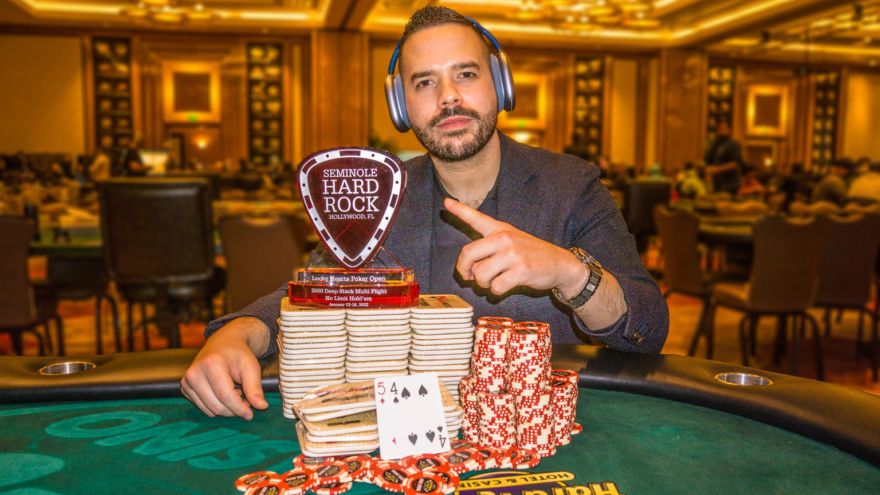 "It feels very good. I've just been flowing, man, you know." Jattin expressed his delight at his victory. "My mentality is always just play the game no matter what, so I'm kind of in the right state right now."

A total of 618 players made it through their first flight, and they all reached in the money on Day 2. After six opening flights, Jattin had the largest stack, and he and Frank Brannan were in a neck-and-neck race for first place at the end of Day 3. Nelson had dropped to near the bottom of the standings, but he had reclaimed his lead at the final table.

After Nelson had doubled up a couple of times and eliminated Brannan in the third position, a heads-up battle was about to commence with Jattin.

Before they dealt a single hand, Jattin and Nelson promptly agreed to split the remaining prize money, with Jattin earning the title thanks to his chip advantage. Jattin took home $306,832, while Nelson earned $297,703 for his runner-up finish. This victory improves Jattin live career earnings to $5,768,950.