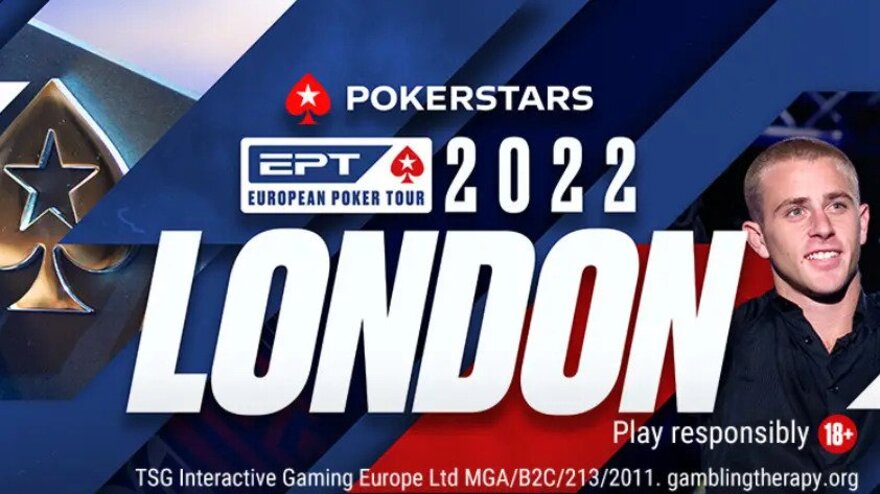 PokerStars have announced that their EPT London stop is making a comeback after an 8-year absence, with a £5k Main Event, £10k High Roller and £50k Super High Roller on the schedule, as well as a £30k Platinum Pass Mystery Bounty to be won...

London was a firm fixture on the EPT for the first 11 years, with 2006 a memorable visit as the scene of the first of Victoria Coren-Mitchell’s record-setting twin EPT victories.

In 2008 Michael Martin took down £1million for winning the Main Event, but the final running was in 2014, Sebastian Pauli scooping the top event. That was the last time the PokerStars-sponsored tour found its way to the English capital, but now it’s returning.

London’s Park Lane Hilton will host EPT London from October 18-28, 2022, a new venue for the EPT, overlooking Marble Arch and Hyde Park in the Mayfair district of London.

Cédric Billot, Head of Global Live Event Operations at PokerStars, said: “We’re thrilled to be heading back to London and looking forward to welcoming players from all around the world to the UK. EPT London has a great history with PokerStars as it was a stop on the first EPT season in 2004.”

The UKIPT will once again piggy-back on its bigger cousin, with its £1100 Main Event kicking off the festival from October 18-22.

Cash games will be held at the Hippodrome Casino, with Kerryjane Craigie, the Hippodrome’s Director of Poker, stating: “We’re very excited the EPT is returning to London and for the Hippodrome to be playing a central part in what is certain to be a key future event in the annual poker calendar. We’re gearing up for an amazing 11 days of poker and honoured once again to be partnering with Pokerstars. We will have more cash games available than ever before with 40 tables, and with special offers for all poker players this will be a memorable tournament for all.”

Full details of the EPT schedule can be found here.