Dylan Linde made his mark on the inaugural PokerGO Cup by taking down event 3 and adding $169,600 to his third-place finish in the previous day’s tournament 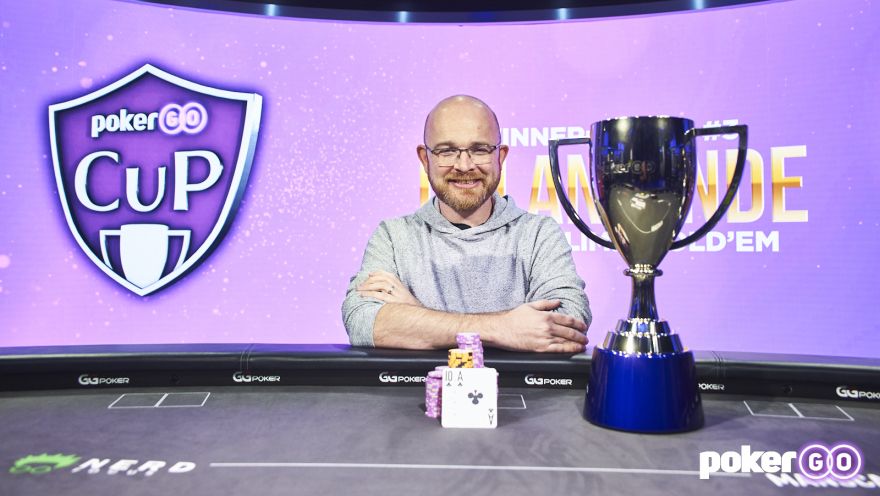 Dylan Linde made his mark on the inaugural PokerGO Cup by taking down event 3 and adding $169,600 to his third-place finish in the previous day’s tournament to take the overall leaderboard race top spot...

There were 53 entries at $10k apiece for the third of eight events, each tournament over two days and Daniel Negreanu the last person to fall on the first of those, although the multiple-bullet-firing GGPoker ambassador managed a cash this time, 8th spot worth $21,200.

His approach, however, seemed to incur the distaste of Norman Chad...

Back to the final table of seven and when they reconvened for day two it was Chris Brewer was first to exit, involved in a three-way pot that saw his pocket nines and Sam Soverel’s big slick both lose out to Bill Klein’s pocket rockets.

Soverel bounced back when his fishhooks caught a break on the river against Cary Katz’s aces, despatching the PokerGO boss in 6th spot for $31,800.

Soverel was on a roll and blasted through the remainder of the final table, Reixach, Klein and Zolotow all victims as the Florida man raced into the chip lead.

Heads-up against Linde, however, was a different story, the Indiana-born, Vancouver-resident first doubling up and then producing a bigger ace in the final hand to take down the trophy and top prize.

Linde explained to PokerGO reporters after the event: “It’s been a huge evolution for me. I’ve done a lot of studying and worked with a lot of players who are a lot better than I am."

He added: “I’m just lucky to be friends with some very good players that have helped me improve a lot, especially during lockdown when I just spent a lot of time studying and playing online.”

Linde now sits atop the overall PokerGO Cup leaderboard, though that may be short-lived as Ali Imsirovic, currently in second place, has reached the final table of event 4, a $15k buy-in NLHE tournament.

We’ll bring you all the best of the action from that one tomorrow so be sure to check in!