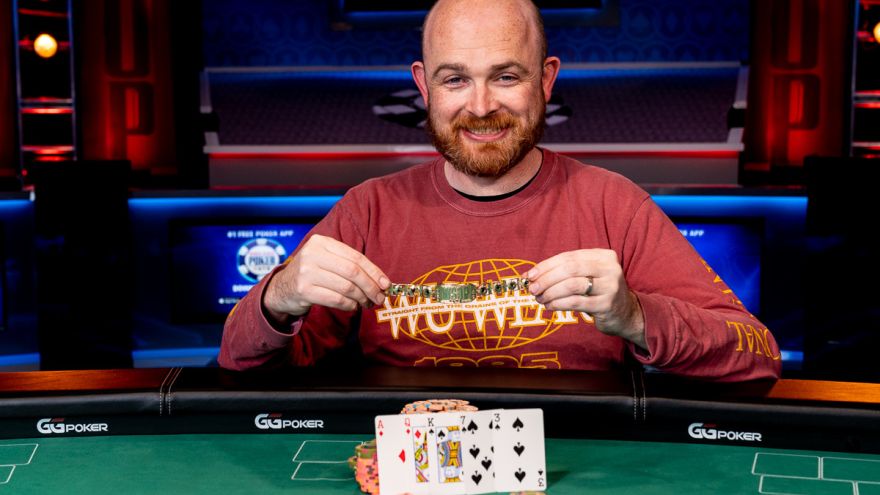 Dylan Linde has won WSOP Event #21: $1,500 Mixed Omaha Hi-Lo 8 or Better, collecting a prize of $170,269 and also his first gold bracelet. The mixed games specialist was one of the favourites for this unusual three-game format and more than lived up to expectations.

It’s been an exciting start to the World Series of Poker so far. We’re only two weeks in and the action is already red-hot. This last week has seen a couple of results that have changed one of the most talked about positions in poker—who is the best player without a WSOP gold bracelet?

Dylan Linde and Jason Koon were serious contenders for that particular crown, and now both have finally got the monkey off their backs.

After his victory was sealed, Linde spoke to PokerNews to give his thoughts on how it all played out.

“It feels fantastic. Finally winning a bracelet feels good but doing it in mixed games is great. I’ve played a lot of mixed games over time, but I’ve never really played that much heads-up or short-handed. I was a little worried about my performance so it felt good to not only play and win but to feel confident with my play while doing so.”