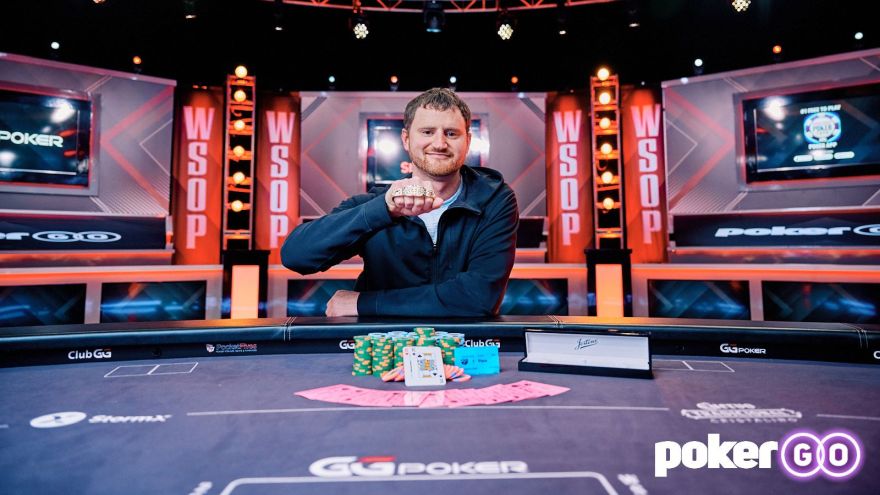 David Peters has won the 2022 WSOP Event #2: $100K High Roller Bounty to collect his fourth WSOP gold bracelet. The American picked up $1,166,810 for his efforts, taking his live tournament career earnings past the $40 million mark and up to fifth on the all-time list.

Won it for 1.46M including bounties and my 4th bracelet! 🕺💃🕺💃 pic.twitter.com/iqWDZrrhHc

The $100K High Roller Bounty was filled to the brim with big names and as tough a field as you could ever expect to see. A total of 46 entrants included the likes of Phil Ivey, Chance Kornuth, and 2021 WSOP Main Event champion Koray Aldemir.

In the end, the final table turned out to be one of the fastest in WSOP histor with the final five players playing 26 hands in just over one hour to see Peters defeat Chance Kornuth in only 10 minutes.

Peters also picked up another $275,000 for the 11 bounties that he collected.

Speaking on the PokerGO livestream after his victory, Peters said: “It feels great, especially the first event of the series, first event being away from the Rio, it’s such a prestigious tournament, so many great players. Getting number four is big. There are not too many people who have four. It’s a very, very nice start to the series. It’s always nice to beat someone that’s hot, and someone that’s a great player. It wasn’t exactly a super long battle heads-up, but it was nice to beat a player like that for sure.”