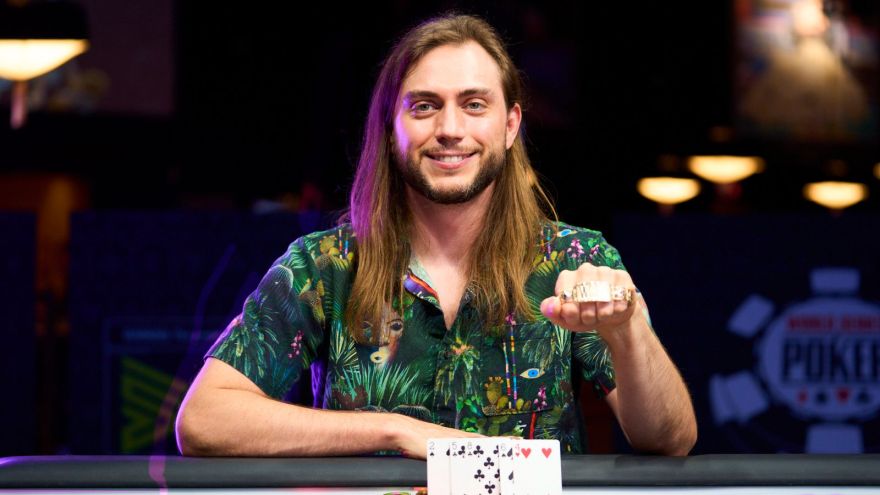 This tournament saw a field of 284 players, creating a prize pool of $380,475. Baker had his work cut out from the start because although this wasn’t the biggest of events it had a really tough field, one full of mixed game specialists.

Baker is a regular at the WSOP and has been cashing regularly at the Rio since 2008 with a couple of bracelet wins back in 2010 and 2012. He now joins a small club of 111 players who have won three bracelets or more.

“It feels amazing. I wanted it real bad. I don’t know what I was doing heads-up those last few times. Once you lose a couple of all-ins like that you aren't feeling great and you’re wondering what could happen. The last time I was heads-up, I won a massive pot and had a 3-to-1 chip lead and then he ground me all the way back. There were some visions of that. There’s just so much tension from the situation that it’s hard to keep your head screwed on.”

There might be more glory to come, too, because Baker, or Bakes, as he is known, will be challenging for victory in the $10,000 HORSE event and then it’s onto the main event.

“I came out here and initially I was only going to do ten days. But when you come out and win you just want to keep playing. So I’ll be here through the main event. $10,000 HORSE. is tomorrow. That’s my tournament. I will celebrate tonight and I’ll get right back in it and celebrate this after the main event.”