Daniel Negreanu has won event 5 of the 2021 Poker Masters series, pocketing the $178,200 top prize and launching himself to the top of the leaderboard 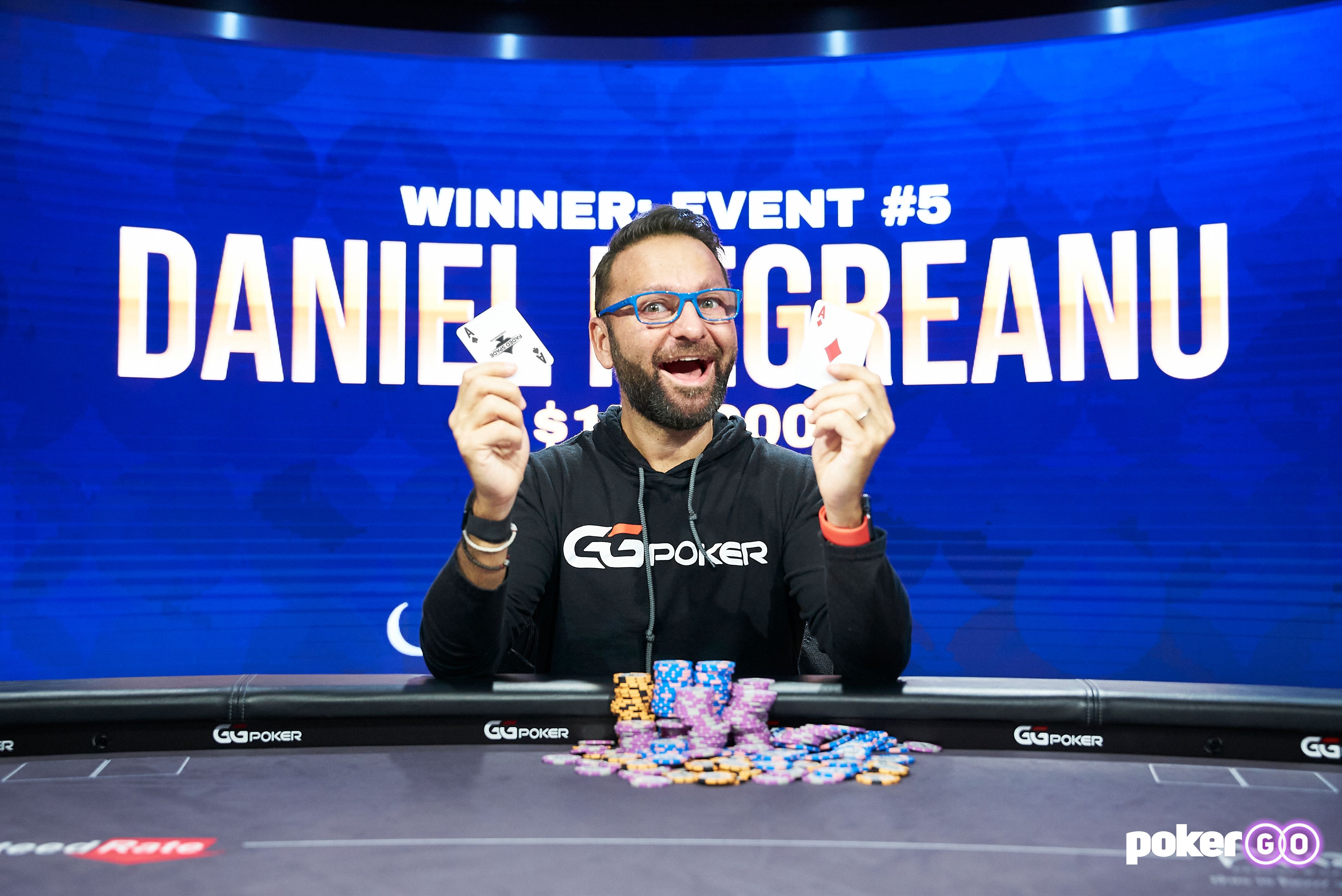 Daniel Negreanu has won event 5 of the 2021 Poker Masters series, pocketing the $178,200 top prize and launching himself to the top of the leaderboard in the race for the Purple Jacket.

The $10k buy-in NLHE tournament saw 66 entries of whom 10 would eventually be paid, but that wouldn’t include the likes of Sam Soverel, Erik Seidel, David Peters, Ali Imsirovic, or Stephen Chidwick, all hitting the rail long before the cash spots.

Dan Shak was the unfortunate money bubble boy, watching on as runner-runner straight cracked his big slick, and then Jake Schindler was ousted by Negreanu, who would later dispose of Barry Hutter to end the day with just five players remaining.

Back for the final table, Negreanu picked up where he left off, despatching short stacked Jeffrey Trudeau in 5th for $52,800, with highroller aficionado Nick Petrangelo taking out Shawn Daniels in 4th.

When Vikenty Shegal bust in 3rd for $85,800, that left Negreanu and Petrangelo to fight it out for top spot, the latter with a decent chip lead. That was reversed, however, when DNegs pulled in the following big pot...

Petrangelo raised from the button and called Negreanu’s 3-bet, both players hitting the flop...

Negreanu bet out just over half pot and Petrangelo again called, both checking the turn...

...Negreanu fired 1.8million into the pot and Petrangelo called, only to be shown the better two pair.

That left Petrangelo short-stacked and the heads-up lasted only one more hand, Negreanu picking up aces and holding after calling Petrangelo’s shove.

It was Negreanu’s second big win in as many months, the GGPoker ambassador picking up the PokerGO Masters $50k trophy in July as well as the overall title, after years without a big win on US soil.

He told PokerGO reporters after his win yesterday, which moved him to the top of the leaderboard standings: “It’s huge. Poker Masters means a lot to me because I remember the first one that they had. I remember it was the first moment that I realized, ‘Oh my god, these guys are just better than me.’ It made me realize that I have to go back to the lab and work. Then to see the work pay off in the PokerGO Cup is awesome.”

Negreanu added: “To go back to back, with a chance now to come full circle and win the jacket, I really feel strongly not only that I can but I feel like I’m going to win it. I feel like I’m running well and everything’s going good.”