Chris Moneymaker Falls as Main Event Down to Just 96 Players 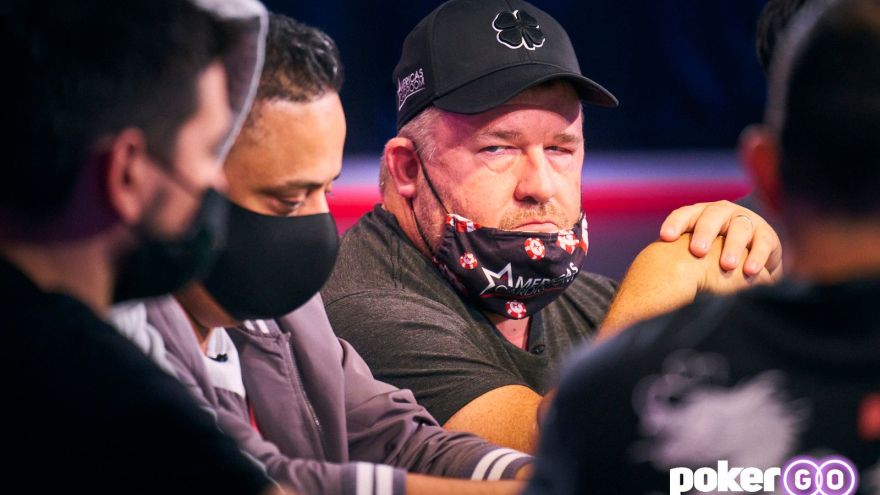 A new world champion will be crowned in Las Vegas as the 2021 WSOP Main Event lost its two surviving former winners, both Chris Moneymaker and Qui Nguyen bowing out as the field was reduced to just 96 players chasing the ultimate poker title...

It wasn't meant to be..
We bust out of the @WSOP #MainEvent in 260th place.
We had an awesome run, it was lots of fun playing this special for me tournament once again. pic.twitter.com/gFY9pDAdsz

The 2003 champ and ACR ambassador was among 292 players who set out on day 5 of the flagship tournament, all well in the money but with at least one eye and their dreams on that coveted gold bracelet and $8million top prize.
For two-thirds of the remaining field, however, it would all end yesterday, Irish pro David Lappin always assured of an amusing and loving tone to his bust out replies...

Great grind dude. Almost anyone else in your seats is tweeting their bustout ages ago https://t.co/MFe7Ch4Q0W

As usual there were a number of huge and exciting hands for the fans to enjoy, Conrad Simpson’s bust-out coming after a 5-minute pre-flop tank/shove, the news not good...

2016 champ Qui Nguyen’s hopes of a remarkable double ended when he lost a race with AQ against pocket 8s and that guaranteed a new name will be written in the history books.

Nguyen was joined on the rail by Jason Koon, Marle Spragg and Matt Berkey, while those still around to take a tilt at the title include Germany’s Koray Aldemir, who will take the chip lead into day 6 today (Sunday).

England’s Stephen Chidwick is an ominous presence. He took out Keith Lehr to boost his stack along the way...

Chance Kornuth is another big name among the contenders, although his table behaviour was questioned on Twitter after what appeared to be some legal but perhaps unethical angle-shoots.

There should be penalties for intentionally moving your chips in a way such that you are making opponent think you are calling/raising for reads.

Among the chip leaders is the Argentinian rapper Alejandro “Papo” Lococo, who joined PokerStars as an ambassador just a few months ago and will have PokerStars pro Ramon Colillas for company, the Spaniard sitting second in chips.