Live poker seems to be well and truly back in Las Vegas with Chance Kornuth topping a 2000+ field to bag the MSPT Venetian Main Event for a monster $412,086 payday 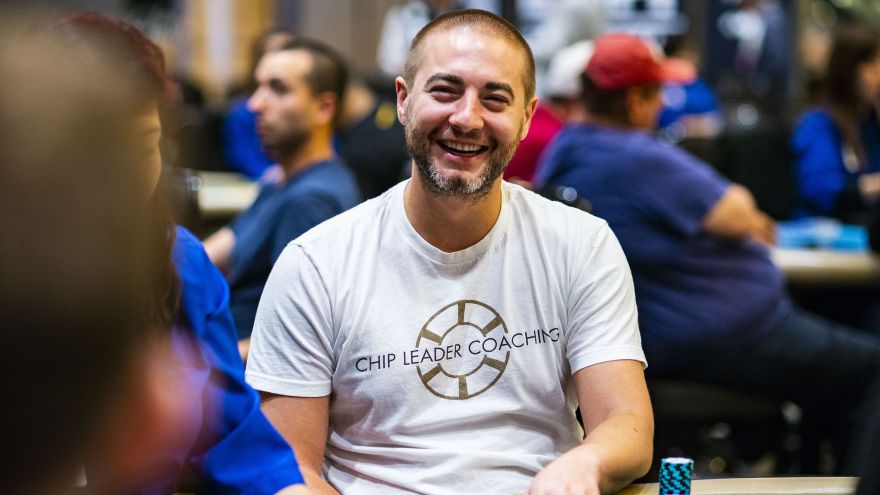 Live poker seems to be well and truly back in Las Vegas with Chance Kornuth topping a 2000+ field to bag the MSPT Venetian Main Event for a monster $412,086 payday...

While many of poker’s other big names were battling it out at the highstakes buy-in US Poker Open series half a mile down the strip at the Aria, Colorado-born Kornuth was one of 2011 entries for the Mid-Stakes Poker Tour (MSPT) Venetian stop.

The massive turnout for the $1600 buy-in ME meant more than 200 players would find themselves in the money, including Faraz Jaka, Chris Moorman, Anthony Zinno and Kathy Liebert.

The final saw 15 players return to battle it out for top honours, Peter Braglia holding the chip lead at the outset but Kormuth turning up the pressure to take that role by the time the final table of nine was set.

Kornuth was busy, KOing several players as the prizes increased, Nick Phoenix hitting the rail in 4th spot after his flopped top pair had run into Kornuth’s flopped two pair.

Eric Baldwin saw his hopes of MSPT glory ended when he ran pocket threes into Braglia’s pocket fours, the $209,194 cash bringing him to within one good score of $7million in career tournament winnings.

Heads-up was a rather quick affair, Braglia check-raising the flop and then punting off his remaining stack on a huge bluff on the turn that ran smack bang into Kormuth’s flopped set...

That meant $282,269 for Braglia in second spot, more than double his previous overall earnings, and a $412,086 winner’s pot for Kornuth that takes him over the $8million lifetime tournament winnings milestone.