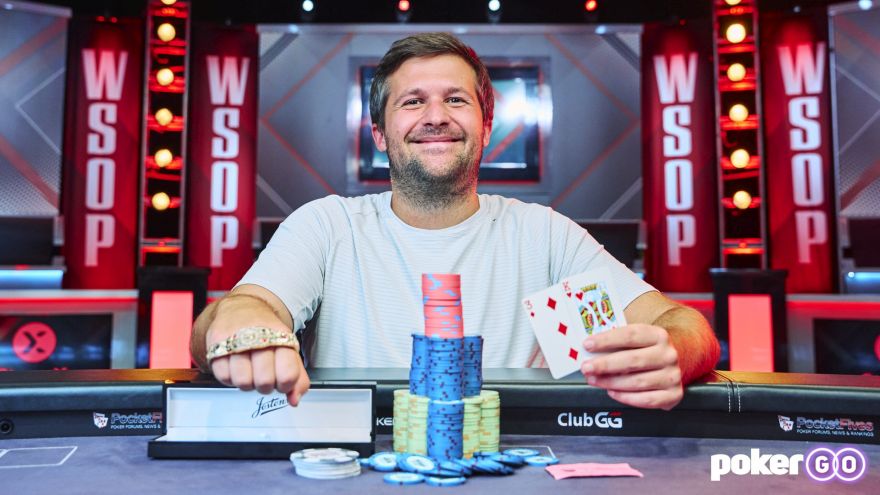 With 251 entries the prizepool was a whopping $5,929,875 and the battle was fierce among the game’s biggest players, with Daniel Negreanu, Justin Bonomo, and Matt Berkey among the early casualties in the three-day tournament, event #8 on the WSOP 2022 schedule.

Phil Ivey jumped in on day two and made it to the money, as did David Peters, Freddie Deeb, Joe McKeehen and Alex Foxen, but they all failed to make it to day three.

Fifteen players did, with Jake Schindler the star name for several reasons, not least his involvement in the recent cheating scandals.

An online ban from GGPoker, along with Ali Imsirovic and many others, spilled over into the live arena at the recent EPT and Triton stops, and there have been calls for a WSOP ban too, though that evidently hasn’t happened.

Other notables who made the final table included Chris Brewer – who has also had to defend himself against cheating accusations – and 2021 WSOP main Event champ, Koray Aldemir.

The latter found himself hitting the rail in 6th spot in a three-way all-in, Brek Schutten also at risk as Eveslage shoved from the button. and was rewarded with a sweet river...

Down to just four, and Chris Brewer was next to fall, his suited K10 losing a race to Josh Arieh’s pocket sixes, but then “golferjosh” was the victim of a cruel bustout at the hands of Schindler...

Josh Arieh (@golferjosh) exits @WSOP Event #8: $25K No-Limit Hold'em High Roller in a cruel fashion.@chadeveslage and @Jake__Schindler are now heads up with $1.4M on the line, each seeking their first WSOP bracelet.

Heads-up saw Eveslage pull away from Schindler, the title decided when both players made two pair and Schindler made the river call for his tournament life, only to receive the bad news...

A delighted Eveslage told PokerNews reporters afterwards: "I feel good. It's nice to win. It's a lot of money after a tough tournament. The venue is great; it's definitely an upgrade from the Rio!"