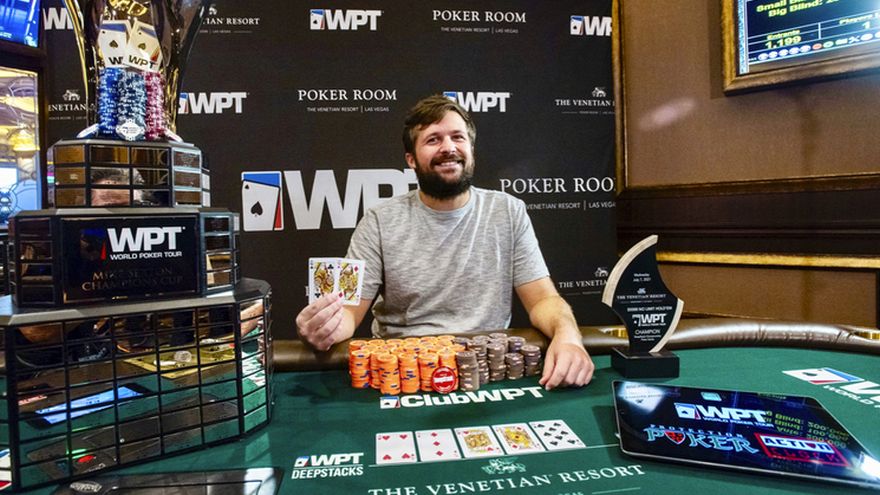 Chad Eveslage emerged victorious from a monster field at the WPT Venetian this week to pocket the top prize of $910,370 and keep an incredible run going that has now seen him bag three WPT victories from three final tables this year.

By the end of day 6 only that many players had survived, with a remarkable three females among the remaining half-dozen – Hui Chen “Kitty” Kuo, Daniela Rodriguez and Kyna England battling with Eveslage, Tim McDermott and Mike Liang at the final table.

It was the first WPT Final Table in history with women representing half of the players, but they were up against it from the off, coming in as the three shortest stacks, and although everyone had close to $200k locked up already, there was a major title and almost $1million sitting up top.

It wouldn’t be Kuo’s day, however, Kitty tweeting out her disappointment at falling at the final table’s first hurdle...

Next to hit the rail was Daniela Rodriguez, her big slick running into a flopped set against Eveslage, but the young Colombian’s excellent run gave her a first recorded live cash of a whopping $252,945!

A tough 4-handed battle ensued which finally burst when Tim McDermott fell at the hands of Mike Liang, and Kyna England soon followed when her suited ace-eight couldn’t improve against Eveslage’s pocket 10s.

That left Eveslage and Liang heads-up, and although Liang fought back from a 20-1 chip disadvantage, he eventually couldn’t fend off the seemingly inevitable...

Victory for Eveslage made it an incredible three wins in a row from WPT final tables this year, taking down a WPT Lucky Hearts Poker Open side event for $101,572 in January and adding the $25k High Roller at the WPT Seminole Hard Rock Poker Showdown festival for $767,576 in April.

He told WPT reporters afterwards: “This whole tournament I kept going all in and winning. I think I’m really good but anybody would have won with my luck. It feels like I’m in the Twilight Zone, where the guy is in the casino and he can’t lose.”