Wilson was among 73 entries to the $10k buy-in NLHE tournament, the 4th of 12 on the Poker Masters schedule 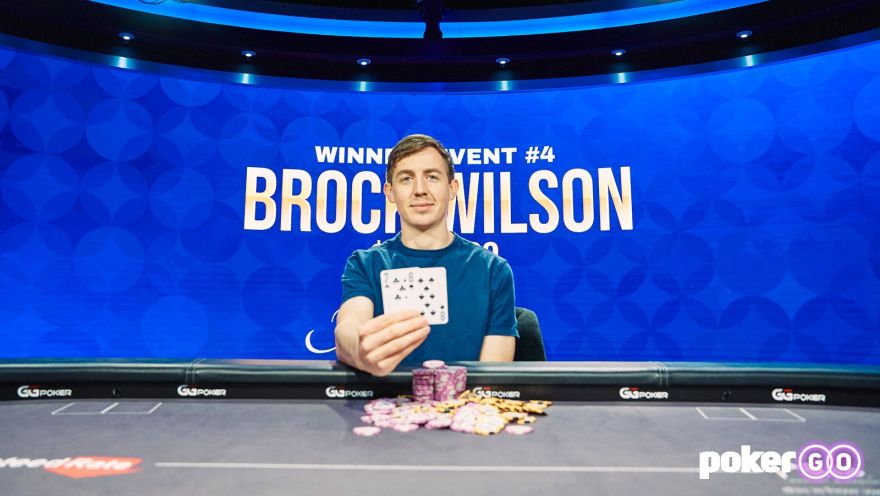 Brock Wilson has taken down event 4 of the Poker Masters 2021 series, pocketing $189,800 for the win and taking the lead in the race for the coveted Purple Jacket...

Wilson was among 73 entries to the $10k buy-in NLHE tournament, the 4th of 12 on the Poker Masters schedule, all being played at the PokerGO studios in the Aria Casino and Hotel in Las Vegas.

Eleven players made it to the money, with Chris Brewer and Shawn Daniels both adding to their tally so far, though falling before the final table of six who returned for day two on Saturday.

Among that half-dozen chasing the trophy were highroller experts Nick Petrangelo and Sam Soverel, but they were the first two to hit the rail. Petrangelo’s queens were cracked by Eveslage’s deuces while Soverel fell in another exciting hand...

Wilson shoved on the turn and Soverel called it off for his remaining chips only to be hit by a nasty river blow...

Next it was Eveslage to fall, picking up $73,000 in 4th place and he was joined by Brekstyn Schutten who took $94,900 for 3rd place. That left Wilson and Elio Fox to fight for the cash, the trophy and the leaderboard points.