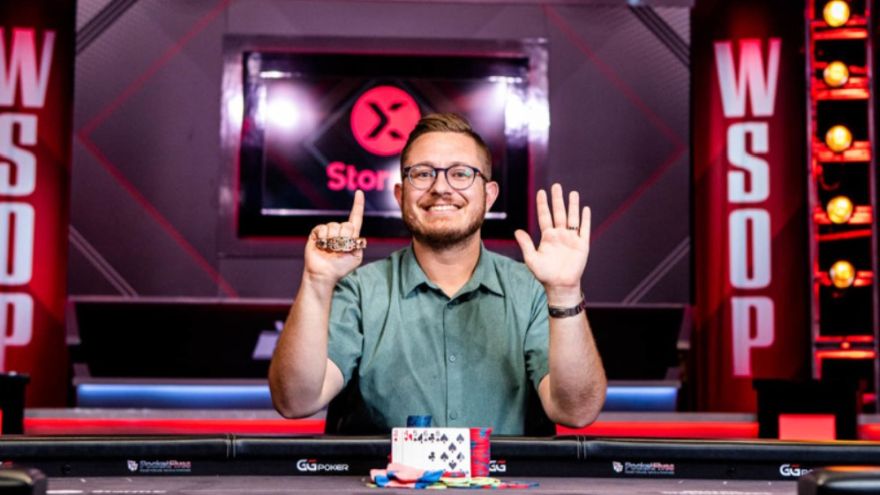 Hastings joined them yesterday, but it was a tough battle against more of the game’s greatest names, with Phil Hellmuth and Shaun Deeb in the mix as day three saw 10 players return to fight it out for the title.

Hellmuth was chasing his 17th bracelet but had to bow out in 8th spot, Dan Zack delivering a double blow that had the Poker Brat muttering “Dan fucking Zack, what the fuck. Two fucking days of this”.

Shaun Deeb was chasing his own 6th bracelet – and Player of the Year points – when he clashed with Hastings, Deeb’s tournament ending in 4th spot when his final draw revealed a king.

Dan Zack, riding high on the Player of the Year leaderboard, was looking for his second gold in as many weeks, but he fell short when Eric Wasserson got in the way.

That left Wasserson facing Hastings, but he couldn’t pull back the chip deficit, finally mucking to give the bracelet to Hastings who showed down 8x/6x/5x/4x/2x on the third draw.

Hastings told reporters after his win: “It's awesome. I mean, I really love the World Series every year. It's a lot of fun just trying to compete in all these events against great players; it's an honor to be in that kind of company.”