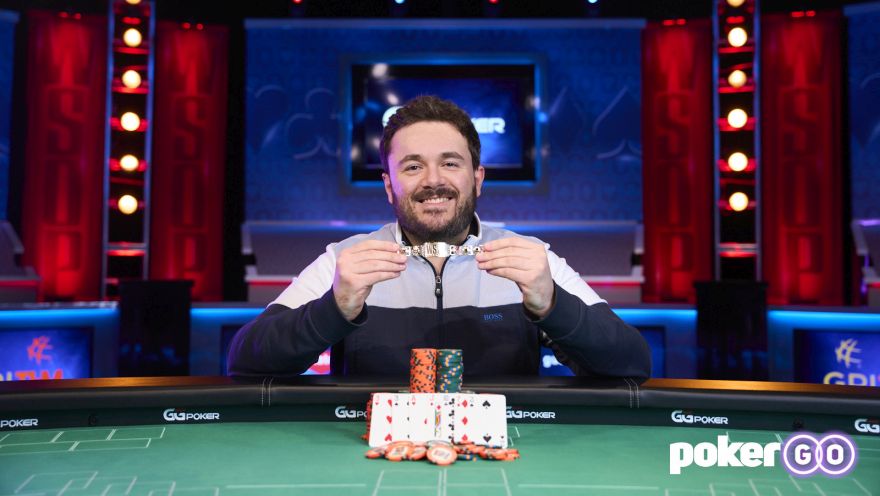 Anthony Zinno is on something of a roll right now. The World Series of Poker has barely been going for a fortnight and he has cashed three times already, adding to his $10 million+ live winnings.

During his final table run he not only had to deal with a bunch of high quality players, including Stephen Chidwick, but also Phil Hellmuth in sterling form who was abusing people left and right. At one point he even threw a tantrum saying he was going to burn down the Rio All-Suite Hotel and Casino.

In his winner’s interview he said: “It’s unreal because stud is one of the games that I’ve only recently been working on. Some of the best stud players in the world were in the field. What an honor to have this. I might play poker my whole life and not win another stud bracelet. These guys are so good at stud, and honestly, I’m not on the level of top stud players by any stretch.”

Even after all the comments Hellmuth had fired at him during play, Zinno couldn’t help but pay respect to the Hall of Famer.

“Hellmuth’s overall poker game is phenomenal. It’s so underrated by a lot of the poker community. They just don’t know what it’s like to sit and play, for example, short-handed mixed games with Hellmuth. He’s so honed in … playing with someone that’s a Hall of Famer, that’s one of the best in the world, is an honour in itself. He went crazy when I hit my hand, but I love it, I get a kick out of it. He’ll never make me mad. He knows it.”