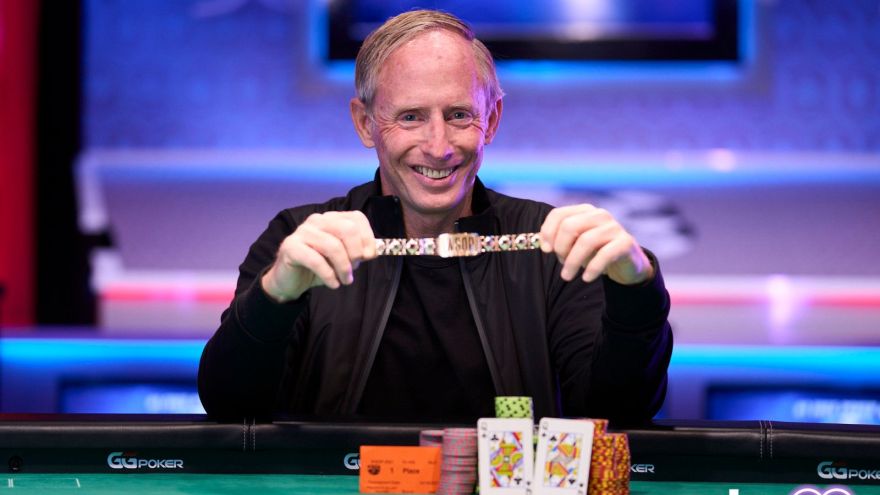 This must have been the day that the San Francisco estate agent must have dreamt of before he arrived in the Nevada desert. The tournament was only the third WSOP bracelet event that Koutsos had ever played, too, and the others were circuit events out at Lake Tahoe.

But in the end it was Anthony Koutsos that outlasted his 2,929 rivals over two full days of play. He started Day 2 in the bottom third of the field and really had his work cut out for him to fight back into contention, but everything finally fell into place and the dream became reality.

The heads-up stage was a protracted three-hour battle, with the chip lead switching many times. Several times both players were only one bad card from ending the strain.

The end finally did come when Canada’s Charbel Kanterjian jammed 86o from the button and ran straight into pocket queens. No help landed on the board and Anthony Koutsos had the best day in his nine-year poker career.

Speaking after the win, Koutsos said:

“I feel strangely level. Heads up felt pretty fun, all the back and forth it felt like a home game.”

He added that he wouldn’t be hanging around in Las Vegas beyond the end of the week and probably won’t be playing any more events this year.