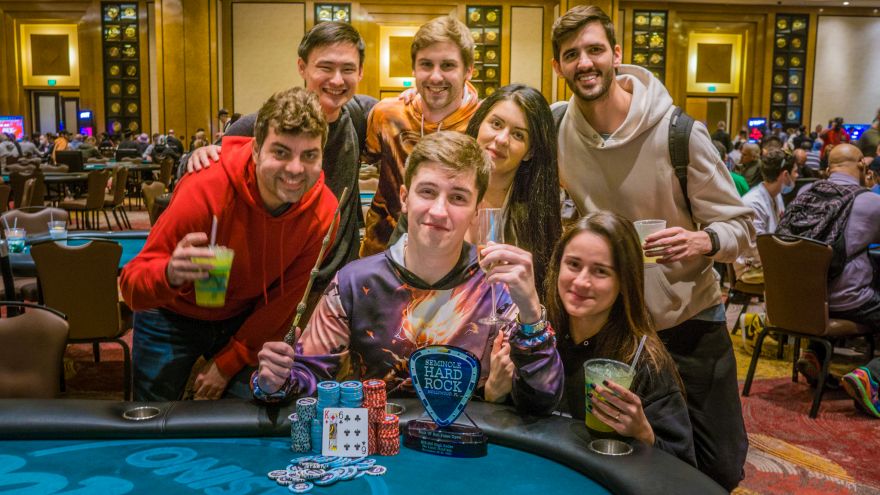 Imsirovic has had an incredible year, and his victory on Tuesday marked Imsirovic's 14th title in 2021. Justin Bonomo, who won 10 events in 2018, held the record for the most titles before Imsirovic's remarkable run this year. However, on September 26, Imsirovic set a new record at ARIA when he won his 11th title of the year in a $50,000 buy-in High Roller event. He also extends his record of most titles won in a calendar year, and he is on course to break the record of most final tables in a single year.

Imsirovic's 30 final table appearances in 2021 have earned him $5,909,155, and this triumph marked his most significant win of the year thus far and the third-largest of his professional career.

Imsirovic final-tabled with a commanding chip, lead and was in a prime position to seal the deal. Gal Yifrach was the first to be eliminated in 9th position by Martin Zamani, and Zamani took an early lead.

Zamani's lead did not last for long as Imsirovic busted Adam Hendrix in the eighth position when Hendrix pocket jacks did not hold against Imsirovic A-Q.

Anthony Hu was the next in line, and his tournament life ended in the seventh position after his pocket sevens ran into Imsirovic's pocket kings and did not materialize.

Imsirovic was the big stack bully, and he continued eliminating players, and this time around, he busted short-stacked Stephen Song in sixth place when his pocket sevens held against Song's A-2 offsuit.

Bryn Kenney, the reigning champion of this tournament, entered the final table as one of the smallest stacks but made a run as the event progressed. He busted Zamani in the fifth position after his K♣9♣ went against Zamani's A♥ J♦ and Kenney rivered a straight.

Vikenty Shegal's run in the event ended in fourth place when his K-7 offsuit was beaten by Imsirovic's J-9, who connected two pair.

After knocking short-stacked Anton Wigg out of the event in the third position. Kenney gained a chip lead, and a heads-up battle ensued between him and Imsirovic.

The duo battled heads-up for almost three hours, and at a certain point, Isimrovic was one card away from elimination and remained with just five big blinds.

It seemed the poker gods were on Imsirovic side as he managed to claw his way back into the tournament after winning five consecutive all-ins, and he regained the lead.

Imsirovic had amassed a significant chip lead by the time they dealt the last hand. Both players jammed preflop Kenney held K♥2♣ and Imsirovic had K♦6♣ the board came Q♥10♥6♦7♠5♠ and Imsirovic won the hand and tournament with a pair of sixes.

Kenney took home $503,3880 for his second-place finish and continues to lead as the All-Time Money List top earner with $57 million career earnings.