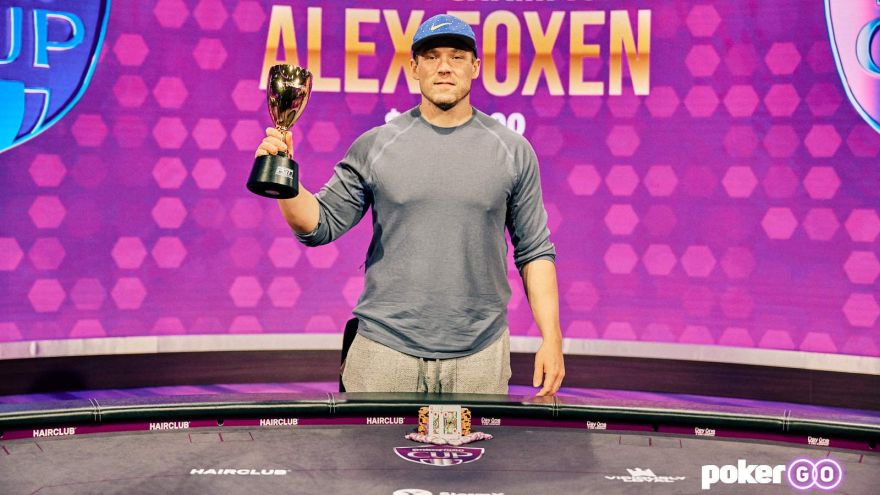 Highstakes crusher Alex Foxen launched himself into contention for overall PokerGO Cup glory by winning event 6 of the eight-tournament highroller series, pocketing $317,040 after a heads-up deal with Orpen Kisacikoglu.

With the buy-in for event 6 up to $25k from the earlier quartet of $10k’s and event 5’s $15k, there were still a healthy 50 entries at the PokerGO studios in the Aria, all chasing 8 paid spots and a share of the $1.25million prizepool.

Daniel Negreanu, the overall winner of the inaugural PokerGO Cup in 2021, made it to the money for the second time this series, but he’d have been hoping for more than 8th place and $50,000...

When Nick Schulman exited in 7th spot, the final table was set, Orpen “Orp the Turk” holding the lead with almost as many chips as the other five contenders combined.

Soverel departed while eating his dinner (!) and Sean Perry followed him out in 5th spot for $100k after running 10s into Oganyan’s jacks. Cary Katz, the founder of the PokerGO setup, added another 4th place and a 4th cash of the series, leaving Foxen, Kisacikoglu and Oganyan to fight out the podium spots.

Oganyan, a relative newcomer to the highroller circuit, was having a rollercoaster ride, with Alex Foxen making sure he got the full PokerGO treatment...

Third place and $175k was his biggest live cash to date , after which Foxen and “Orp the Turk” decided to do a deal, leaving Kisacikoglu with more money and points, but Foxen winning the title courtesy of this final hand...

Event 7, another $25k buy-in, has reached its final table, with Daniel Negreanu in the mix and the chip lead held by David Peters. We’ll bring you all the best of the action and results tomorrow, so be sure to check back in!