Alex Foxen cemented his reputation as a highstakes tournament crusher 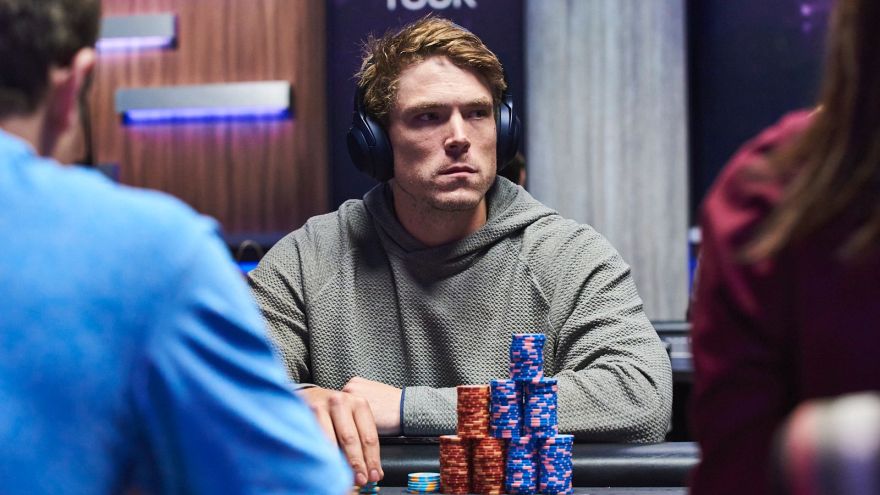 Alex Foxen cemented his reputation as a highstakes tournament crusher when he took down the inaugural PokerGO Cup, fending off a chip-and-a-chair comeback from Sean Perry to bag the $178,200 top prize.

The first of 8 events, culminating in a $100k buy-in finale next week, saw the cream of the crop converge on the PokerGO studios in Vegas’ Aria casino, 66 players vying for a share of the $660,000 prizefund.

Among those who would exit empty-handed were Daniel Negreanu, the GGPoker ambassador rather unfortunately bubbling the paid spots at the hands of fellow Canadian, Vanessa Kade, Daniel all-in and at risk pre-flop and witness to a nasty river card...

Kade herself would bubble something, this time the official final table of six, when Perry’s sevens held up against her suited ace-eight. The other woman in the field, Kristina Holst, saw her run ended in 6th spot when Perry again landed a huge blow, this time his 4s connecting with the flop to topple Holst’s pocket jacks.

Jordan Cristos, David Coleman and Spain’s Sergei Reixach would all follow Holst to the final table rail, leaving Foxen and Perry to fight it out for the title.

That looked a foregone conclusion as Perry was down to just two big blinds, but poker has seen some incredible comebacks throughout its history and it looked as though Perry was going to add another, fighting back to take the chip lead.

“Just trying to take every hand one at a time is really the only way to go through it or otherwise you’ll be on an emotional roller coaster,” said Foxen later of the heads-up battle, which he described as, “a crazy one, with a lot of action and a lot of big pots. It was fun.”

You can relive all the action of the final table below, including Perry’s fightback and Foxen’s victory hand.

Event two of the 8-tournament series has reached a final table, with Ali Imsirovic holding the chip lead and Jason Koon in the mix. We’ll be back with the best of the action from that one for you tomorrow!