Mateos was the last man standing, winning his fourth WSOP bracelet and a career-high payout of $3,265,262 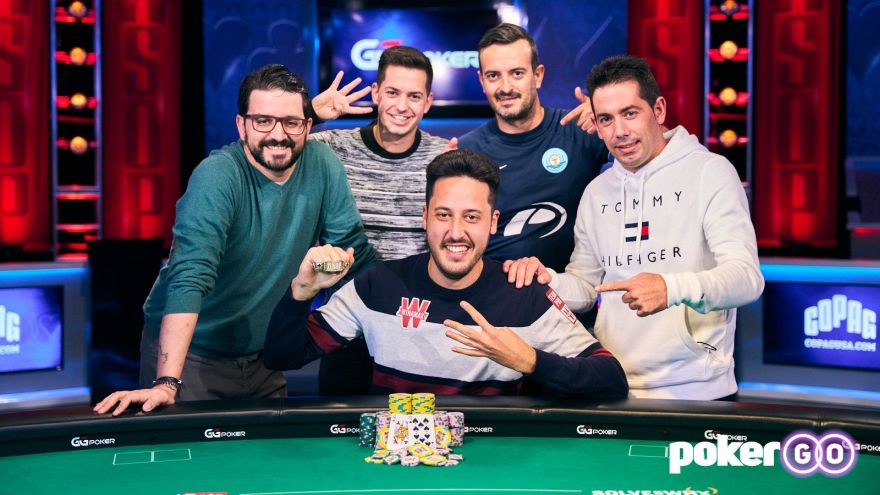 Adrian Mateos emerged victorious at the 2021 World Series of Poker after winning event#82:$250,000 Super High Roller No-Limit Hold 'em. Mateos entered the final Day 3 with a commanding chip lead, and after a tough heads-up battle against Ben Heath, Mateos was the last man standing, winning his fourth WSOP bracelet and a career-high payout of $3,265,262.

This tournament featured the highest buy-in event in the 2021 series and had a total of 33 entrants generating a prize pool of $8,217,000.

Mateos has been successful in different field-sized tournaments but struggles in high roller events with few entrants. Before this victory, Mateos had final-tabled in two events with a $250,000 buy-in or more but finished fifth on both occasions.

The 27-year-old Spaniard presently has four career bracelets and $25,214,186 career earnings. He is the current leader in Spain's all-time money list and has twice the earnings of his closest competitor Sergio Aido ($12,751,563), and will likely earn more by the time he retires.

Tilston was the first to be eliminated in the fifth position before Davies exited in the fourth position. After a long three-handed battle, Kincaid was busted from the event and left Mateos and Health to compete for the top spot.

Mateos 400,000 limp with Q♠10♣ from the button set the action of the final hand. Health raised to 1,400,000 with 5♦3♦ holding from the big blind and Mateos snap-called, the flop came 7♣6♦5♠, Mateos bet 1,000,000 and Health called. The turn card was Q♥ and gave Mateos the top pair. Health checked again, and Mateos made a 2,800,000 continuation-bet and Health called, the 2♠ river card completed the board. Mateos jammed his chips after Health checked again. Health called his remainder of the 5,050,000 chip stack after tanking. Mateos won the hand with the top pair and became the tournament champion.