Is live poker on the verge of another boom? 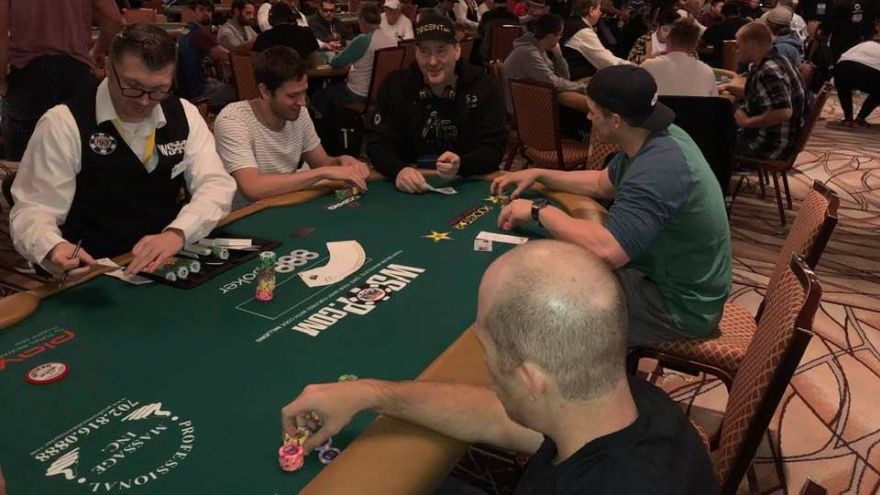 Is live poker on the verge of another boom? According to some of the figures from the 2022 WSOP it’s certainly looking very healthy right now. After two years of COVID restrictions, it’s clear that people are motivated to get back into the game as life returns to normal.

We could see from the start of the series that the main event was going to be a big one. How big was unclear but there was talk about the possibility that the 16-year-old record of 8,772 runners would get broken.

Ultimately, it didn’t but 8,663 entrants came damn close, only missing out by 109. The winner’s prize will also be the second largest ever at a whopping $10 million, with even eighth place still picking up a seven-figure score.

At the end of Day 6, Jeffery Farnes leads the way with a handsome stack of 126 big blinds. The American had a big day, knocking out Alejandro Lococo who finished seventh in this event last year. He then jumped into the chip lead after hitting quad nines against Tzur Levy.

Farnes said: "I guess it's every poker player's dream. It's surreal. I think I'll pinch myself when this whole thing's over."

Currently there are 35 players remaining, with 2020 main event winner Damian Salas and Kenny Tran being two notable names left in the field.

The final table is set to kick off on Friday with play continuing until only four players remain.