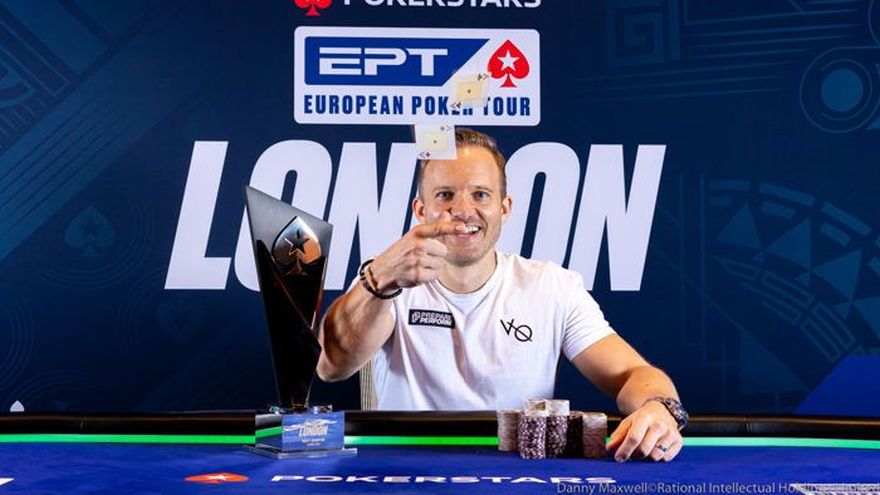 2014 WSOP ME winner Martin Jacobson has added the UKIPT Main Event to his resume, taking down the £1100 buy-in event at London’s Hilton Park Lane hotel for a £232,300 payday

Jacobson, who pocketed $10,000,000 for his sensational 2014 run in Vegas and is number one on the Swedish all-time moneywinners list, was one of 1458 runners in London this week as the PokerStars EPT stop visited the English capital.

With a £1,399,680 prizepool, the six players who returned for the final day of the tournament were guaranteed at least £47,190 for their efforts. England’s Conor Beresford came in as chip leader, with Jacobson the short stack.

First to depart, however, was Frenchman Olivier Arnault, running into a blind-on-blind cooler...

The flop gave Arnault hope, for a fraction of a second at least...

Aces were to be the defining hand of the tournament, Jacobson accidentally revealing them in a hand yesterday only for his opponent not to notice, Igor D’Ursel calling the all-in and losing most of his chips. And there was more to come from the pocket rockets at the final table...

That left Jacobson heads-up against Beresford for the title, the Englishman with a 2:1 chip lead, but Jacobson had the run of the cards.

It took longer than the first four exits combined, but eventually it was those dastardly aces that carried the day...

...which could hardly scare Jacobson, who bet out only to be raised, which he called.

Again it was bet, raise call, this time Beresford all-in and at risk, and the river...

Jacobson was joined by his wife and in-laws in the winner pictures and told reporters: “That always feels nice to win in front of them. Home field!”

Jacobson’s lifetime tournament earnings now stand at $17,443,491, his UKIPT victory his 5th 6-figure score since his career-defining win in 2014.

His 2014 WSOP Main Event run culminated in a heads-up battle with fellow “Scandi” – Norway’s Felix Stephenson – with aces again playing a huge part in the win: