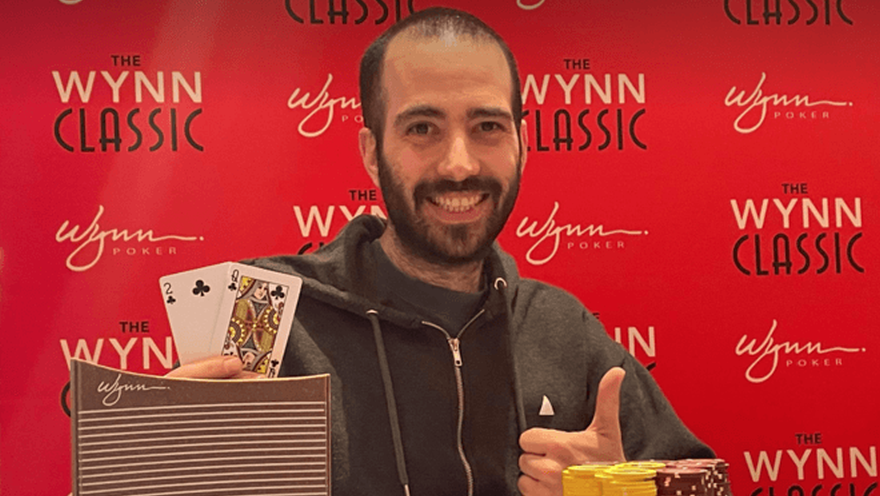 The Wynn Summer Classic $1600 buy-in Mystery Bounty event proved to be the highlight of a packed week of action in Las Vegas and it was the innovative mystery part of the event that everyone enthralled!

Not only were the 1518-entry field competing for a regular share of the $2.2million prizefund but there were mystery envelopes containing anything from $500 all the way up to $100,000, with New Jersey player Jay Kovoor picking up the monster mystery jackpot!

Kovoor had already pocketed a bounty ticket worth $2500 and his 55th place finish in the tournament won him a very useful $5,210, making his total haul for the tournament $107,710.

There were plenty of other big mystery bounty prizes in store, Michael Ung and David Enda scooping $50k apiece, with another four $25k prizes – Uri Reichenstien’s bagging the final of these in the tweet above while watched on by friends - with another four winners taking $10k each.

The format certainly gave the players a unique new sweat to enjoy, and back in the tournament itself it was that man Reichenstein who took a chip lead into the final table and worked it all the way to victory!

With the likes of Brian Hastings, Mike Dentale and Shannon Shorr falling by the wayside earlier in the day, WSOP bracelet winner Bryan Piccioli was perhaps the best-known name left chasing the $217,948 top prize.

Piccioli fell in 8th spot, however, at the hands of Erich Koch, who himself would run all the way to 3rd spot and a $99,079 cash.

Heads-up saw Reichenstein battle Luke Blindert for the trophy, the final hand seeing Blindert all-in and at risk after shoving the turn...

...and Reichenstein tanking before calling to find himself well ahead.

That river brick gave Reichenstein the title win and $217,948 top prize, with another $5k and more still to add to his already pocketed $25k mystery bonus prize.