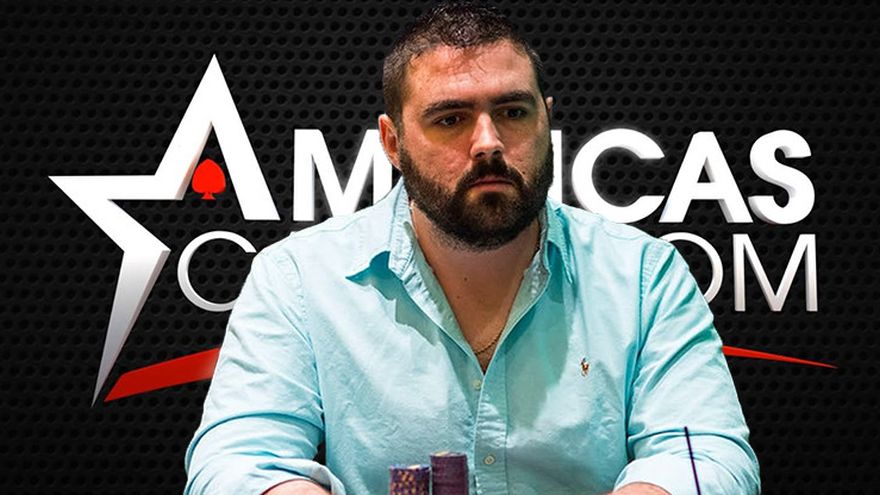 From the farmlands of Ohio to the Mexican Riviera, it’s been a long and exciting journey for ACR pro Robert Kuhn. We caught up with the WSOP bracelet winner to discuss all things poker and all things Kuhn.

Find out how many times he deposited before working out the finer details of the game, who he’d buddy with to take on the world and why social media will never be his favourite thing!

Q: How did you become a poker pro?

I've been passionate about poker since I was probably 12 y.o, Me and my buddies would play in one of our parents’ basements pretty much every single week twice a week and I won a whole bunch of $5 tournies, naturally this led to me playing online when I was of a legal age. I got killed, every. single. time. I remember going back and counting how many times I deposited on full tilt alone, it was 106, that’s not a typo.

In my 2nd year of college things started to click through just grinding non-stop, I was really starting to make quite a bit of money and I just flat out told my saint of a mother that I wasn’t going to school and my grades were dropping because I was playing so much poker, she obviously wasn't happy about it but understood. So we made a bet, if I could win 50k that semester I could drop out of school with a stipulation that I had to make 20k every semester after or I had to go back.

I hated school, it's boring, tedious and uninteresting-with the exception of a few classes that I really excelled at: psychology and economics, those were great classes and the only ones I would attend regularly.

Anyway, I won the bet that week after winning the Wednesday 320 on PokerStarsfor 55k, dropped out and won the nightly 162 for 20k the following week. 2 weeks later with 99% of my net worth tied up on PokerStars/FullTilt/ Black Friday happened so I moved to Mexico.

I found Twitch poker and realized no one was really streaming highstakes, which is basically all that I play on ACR, so I started streaming, became an ACR Stormer and got to know Phil well - we really connected as were very similar in lots of ways. He's such a good guy and we shoot the shit all the time; any CEO that can be both a professional but also banter with you is the type of guy I want to work for. So eventually I asked him to become an ACR pro and after I made day 3 of the venom he called me up with an offer that I happily accepted.

Best: Freedom, traveling, being your own boss, the people you meet.
Worst: Not really many cons imo, I hate seeing ppl fail out of poker that have so much potential, generally due to lack of work ethic. That sucks but like Doyle says "pokers a tough way to make an easy living".

For time zone reasons the States or Mexico. If Europe was on the same time zone and I didn’t have to start sessions at night I'd probably pick either Spain or Ireland.

Ummm, good question, there's a ton. I don’t know a lot of players game on a deep, deep basis but if I were to pick one single that I knew it would be groothedegen/Elliot Peterman. I think he is probably one of the best out there and does a fantastic job of both exploiting recs and knowing theory on a deep level. When I first started on ACR after coming from a cash game background I was fascinated to find out who he was.

Oh this is an easy one, Tim Mf Reilly (pgafan52 on ACR), great buddy of mine, fantastic player and we would probably call each other and facetime while playing heads-up for a million. I’m sure we would chop but if no chop allowed it would be great to hold that win over him.

Create your own luck and stop blaming others for your lack of success. Work your ass off, get it quietly and work even more. Variance happens, embrace it, accept it but don’t let it take over your life. When these things happen take control of the things you can control, go to the gym, clean your house, go for a hike, go hangout with friends.

So often people let downswings and poker take control of their entire life, this is just dumb, poker will be there when your back, it’s okay to take days off and have life balance. I could go on this topic for ages and have videos on this specific question.

I'd have to pick my half-brother apestyles [Jon Van Fleet], anyone that works as hard as him (also another poker player I really look up to) can achieve almost anything they want. With our combined work ethics I think we could do figure out a way to accomplish most things.

This one’s close between 3 things: Bowling a 300 at 18 and being the first to do it in my school at that age. Winning two 2k 6max SCOOPs that were extremely tough fields or winning a WSOP bracelet while streaming. I suppose the bracelet while streaming in front of thousands would be my biggest achievement since the pressure of losing heads-up would have been brutal.

I've had a lot of failures, we all have, but I don’t consider any of them to be the biggest and I also embrace the fact that I am only human, I’ve made a shit load of mistakes, I’ll probably continue to make plenty more in the future but I’ve learned a ton of valuable lessons through those mistakes, so what some may call a failure I see as a learning experience.

Hmm, biggest goal: I guess right now becoming the best version of myself that I can be and making sure elitepokercoaching.com is the best it can be. I love teaching people and through the mistakes I’ve made in my life I have a ton of advice to give to others, I didn't have a mentor in poker, but I love being a mentor to all the potential fantastic up and comers.


Q: Last year saw you lift your first WSOP gold bracelet – how was the non-poker element of 2020 treat you?

It was quite the swingy year both from a work off the felt standpoint with trying to balance a relationship and create a start-up in what many consider a very saturated market. Overall I’m a half glass full kind of guy but 2020 was kind of a rough year emotionally, but I learned a lot and grew to become a much better man from it.

Q: If not Mexico, where do you grind from?

Q: You are a head coach on ElitePokerCoaching. Who was behind your success?

Everyone on the team has made EPC what it is today, All the support on the back end, coaches like Tim Reilly and so on have really helped me out a ton.

Q: You recently had some chess coaching. How did that work out? Planning on a career change?

It's been great! I'm a huge chess nerd and find it extremely fascinating, it's similar to poker in so many ways that I was naturally drawn to it. Photochess has been a great coach and has taught me a lot, some of the EPC members are really good players and they have helped me learn as well. I wish I had more time to study it as I'm super-competitive and really want to win the tourney even though there's a bunch of player with higher ratings.

Q: Social media – an evil necessity for a sponsored pro, or the best thing ever?

Oh god, this question. I’ll be quite blunt here: I fucking hate social media, I hate that everyone needs to have an opinion on everything and the amount of clout-chasing in poker is absolutely unbearable. I rarely check Twitter, I don’t even have Facebook, just the messenger app on my phone.

I only say this because in reality so many people are just addicted to social media and I completely understand, that's what it is designed to do. The problem is you lose touch with reality and become less focused on the real world when you become too addicted to social media. Go to a restaurant and just look at how many people will actually not be on their phone while with a friend or a significant other, it's mind blowing.

But to answer your question, it's necessary as a sponsored pro for obvious reasons, ACR is growing fast and people really need to understand why so we get the word out via social media. Sorry for the rant, I can go on about social media forever haha...