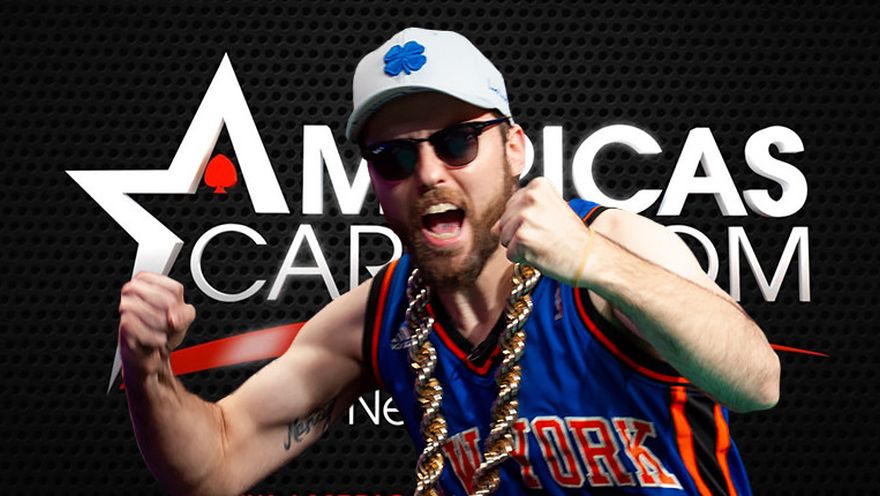 Ryan Depaulo became an overnight sensation in the poker world when he scooped WSOP gold and $160k while playing from a parking lot in New Jersey in the early hours of the morning last summer.

It sounds like the perfect poker story for a man whose YouTube channel is entitled Degenerate Gambler, but we caught up with the New Yorker to find out whether that tag describes the real Ryan and much more besides.

I loved poker for a long time and played on and off starting in 2010 but never thought of trying to become pro at all (although I dreamed of it deep down). I just would play micro stakes online sometimes or the occasional $1-$2 at casino trips. Very Recreational.

Then I started my YouTube channel in 2018 not sure what the focus would be. It ended up becoming about gambling and then in turn poker. This allowed me/forced me to get better at poker over time basically if I didn’t want to go broke but still have a YouTube gambling channel.


Q: How did you end up as an ACR sponsored pro?

Through Jeff Boski - who I knew a little bit - I got linked up with ACR. We didn’t get married on the first date, we built our relationship slowly. They saw early on that I would go on to become the greatest and most influential poker YouTuber in the history of mankind. So they gambled on me. I loved working with them and obviously they love me (because I am so great). But eventually they got up the courage to propose to me. I said yes!

Um USA? Or Chile maybe but ONLY because I want to play online on Easter Island.

Actually no B.S. seriously first one that came to mind is Rob Kuhn (a fellow ACR pro). I am reluctant to say how great he is because he probably already thinks he’s top 3 players in the world. However I love his style of play. He coached me for a while and it helped my game immensely. Mostly I love his style of street poker.

Others are probably Landon Tice, Brock Wilson, all the young wizard kids. The amount of time they put in to study, to know so much at young ages, is so admirable and cool.

STUDY. Just study anything. In 10 minutes of studying I learn more than 5 hours of playing. Just Study.

Jeff Boski for sure. He is my friend, but also we are very good at different things. Also its good he is tall in case we end up having to play basketball.

My biggest achievement is building my YouTube channel and poker game enough to quit my day job.
I don’t know my biggest failure. I have plenty, but I seriously learn from them then forget them as after learning they have no use. I did fail art in 8th grade, that was pretty disappointing.


Q: ‘Degenerate gambler’ – what do non-poker/gambling friends and family think of the tag?

Most know its tongue in cheek, except my aunt. She still fears I have a gambling problem and only recently watched one of my videos for the first time.


Q: Poker players have been involved in some pretty insane prop bets. What would you NEVER gamble on?

Q: Last year saw you scoop a bracelet from the parking lot…what would top that story?

Winning the main event on acid. Or just winning an actual parking lot.


Insane. It was the dream. It also allowed me and gave me the money to invest in a coach and be comfortable taking time off when I had no work at my day job to work on poker and YouTube. It was the dream run of every casual player. Low buy in and you hit. Very happy I was able to document it.

Q: You have to choose one fellow ACR pro to take on the world…which one gets the buddy seat?

I think same as earlier question but Jeff Boski. Unless it’s in actual poker then apestyles (Jon Van Fleet) or Rob Kuhn.