We caught up Drew to find out how he got where he is, what’s next on his list of life goals, and why Jon Pardy gets the nod as best buddy when it comes to adventures 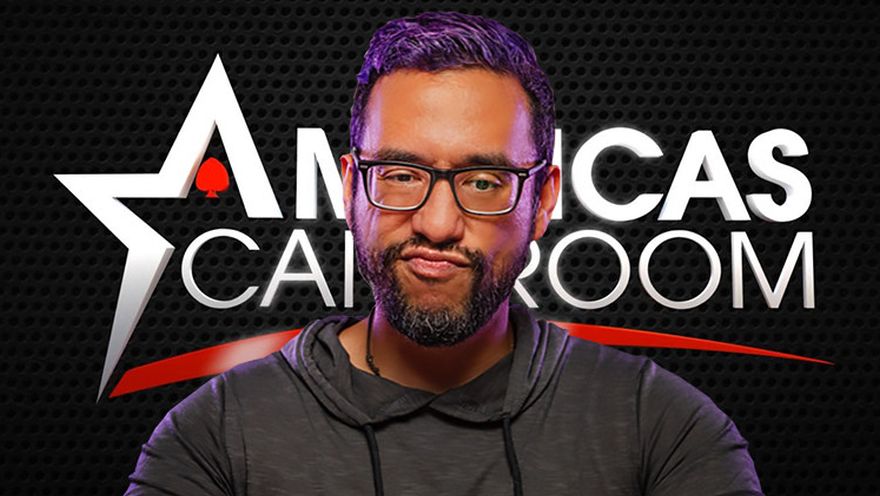 Dreams sometimes come true, but they also involve a lot of blood, sweat and tears along the way, and ACR pro Drew Gonzalez knows better than most that you also have to grab opportunities with both hands when they come along!

The poker pro and streamer to the plunge to turn his hobby into his career a decade ago, and even had to switch casts and start a new life to get where he is today.

We caught up Drew to find out how he got where he is, what’s next on his list of life goals, and why Jon Pardy gets the nod as best buddy when it comes to adventures.


Q: How did you become a poker pro?

I decided to dedicate my time to becoming a poker professional back in 2010 when I got fed up working a 9-5 job and I realized how passionate I was about the game of poker. The idea of being my own boss, dictating my own schedule, while being able to compete with others from around the world was something that excited me. If it didn’t work out, I could always find another 9-5 job.

I had started developing a deeper relationship with ACR back in 2019 when I was a part of Bill Perkins’ ThirstLounge 10 project. From there ACR and I kept in touch and we would work on future projects together until eventually we decided to put a ring on it and make it official 😊. All of this made possible thanks to the Twitch platform where I have been a streamer for about 5 years now.

The best thing is the freedom that comes with it. You get to be your own boss, your success will be a direct result of things you choose to do on the daily, and having that type of control isn’t something you can get with a lot of other jobs.

The worst thing about being a poker pro is the emotional swings and stress that can come from playing a game where variance is a very real thing. Some things you just can’t control and you have to find a way to have peace over it.

I’m an American so being in my homeland feels the best for me right now, as I have friends and family here and can travel freely and carefree. When I’m in other countries my time is limited and that’s kind of stressful.

I look up to players like Ryan Laplante, Apestyles, Pads, Jason Koon, Kmart, Pav, and more but these are the 1st ones that come to mind. These players stand out to me in their own different ways and each are really strong in certain areas of poker and streaming, so I always look to learn from them in some way.

I don’t care who I would beat heads-up in the Venom, I just want to win haha.

It’s so simple and beat into the ground but bankroll management is just so important. Being an aspiring poker pro means managing your poker business & your assets… So, in order to keep the doors open for “business” you need to have a bankroll to play games, so when that disappears – the doors to your business close and no more money can be made.

I’d have to choose my buddy Jon Pardy because we’ve already been thru so much together that we just know how each other thinks so we’d synergize in a high variety of situations easily.

Biggest achievement: I’d say becoming an ACR pro, but behind that I’d say all the success I had in 2019 during the ThirstLounge project.


Biggest failure: Up to this point, I’d say not becoming as strong of a player as I think I could be. I’ve spent a lot of my energy becoming a great streamer, so the next evolution for me comes when my poker game hits that next level.


Q: Describe what the game of poker means to you in three words…


Q: Where does the nickname ‘AlongCameMolly’ come from?

Well, since becoming an ACR team pro I’ve decided to change my nickname to “BetOnDrew” since everyone knows that name. But, the AlongCameMolly name was just a rushed name I made based off a popular hip hop song back in 2014 and the movie Along Came Polly haha.


Q: How important was the Thirst Lounge for you?

The TL has been a life changer for me. It’s opened so many doors for me that I can’t even imagine what life would be without it. I’ve made life-long friends thru that experience and done things I’d likely never have done in life if it weren’t for Bill and that project.


Q: You have a $30k live tournament package to Barcelona. Are you tempted to cash it in at all?

I have wanted to cash it in at times, but PokerStars has made it pretty clear they aren’t going to give any cash value for these packages. Now, I’ve just gotta wait until they actually hold the event! It just got postponed again recently and won’t happen until sometime in 2022.


Q: In your decade as a pro, what is the biggest lesson you have learned?

The biggest lesson I think I’ve learned is that what you put into this game, is what you’ll get back. You can’t expect things to happen, you have to work, grind, and give your blood sweat and tears if you want to make this dream happen. It won’t come easy, it’s not supposed to.


Q: And the worst advice you ever followed?

“Just play play play and you’ll get the results”.

I believe now, you gotta put work in off the felts in order to grow and reach new heights in not only poker but a lot of things. Yes, a lot can be learned thru playing, but you have to reflect and keep trying new things and opening your mind to new strategies so you don’t fall behind.