Read on to find out why ACR boss Phil Nagy would be the perfect Big Brother contestant, why Ryan Depaulo wouldn’t, and who “Craig Moneyboots” is 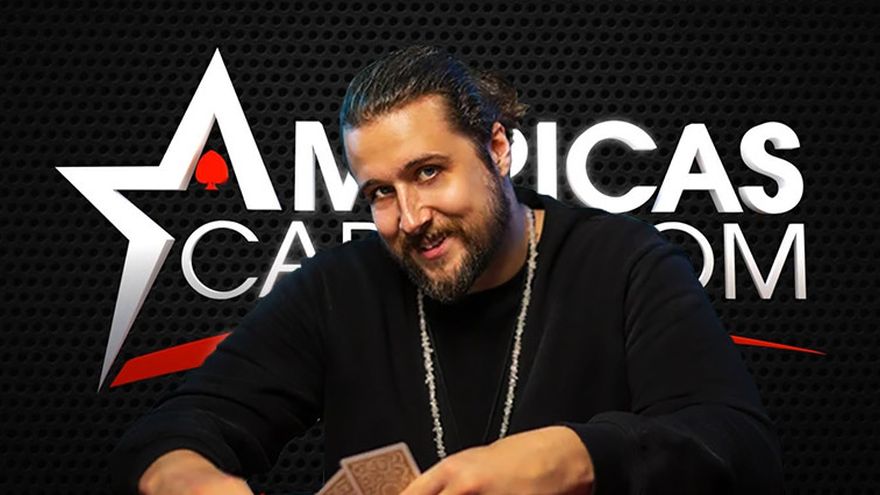 Poker has had some incredible stories to tell throughout its history, and Americas Cardroom pro Jon Pardy is hoping his will become one of the more successful ones.

The winner of Big Brother Canada Season 2 has already lived through some serious highs and lows, from drugs and busting bankrolls to a new chance at life through poker.

We caught up with Jon to quiz him on all things poker and all things Pardy – so read on to find out why ACR boss Phil Nagy would be the perfect Big Brother contestant, why Ryan Depaulo wouldn’t, and who “Craig Moneyboots” is!

Q: How did you become a poker pro?

I really started playing poker about 2.5 years ago in Bill Perkins Thirst Lounge. I was lucky enough to be given resources and access to people I never would have had access to without being selected for this project. Since then I have tried to stay consistent on Twitch, while still working on becoming the best poker player I can be.

I guess that started at the Thirst Lounge as well. I had ended up making day 3 of the VENOM while on the project, and things were HYPE haha. I actually got a call from Phil while live on stream in front of 3000 people, that he was flying me down to THE CAGE. At this point I had about $1000 to my name, so I was THRILLED.

The Cage experience is where I fell in love with ACR. EVERYONE from the driver who got me at the airport all the way up to Phil were top notch. Their passion for the game, and ability to create a fun poker experience for all really showed throughout the week. From that weekend on myself and ACR continued to build a good relationship, and I’ve continued to be amazed at their vision and work ethic. Joining ACR was a super easy choice.


I would have to say the best thing for me is the daily excitement, and freedom to be able to create my own schedule. The WORST I would say is the pressure/ expectations I put on myself. I am my hardest critic.

My mom wouldn’t be happy if I didn’t say my home province of Newfoundland, Canada … BUT, if not home I would love to check out Ireland!

Since Twitch has been a massive part of my poker journey thus far, most of the guys I see are through that platform. I have a lot of fun watching Kevin Martin (ALWAYS working on his game and probably one of the most entertaining people I’ve come across on stream.

Up and coming I gotta say Robin Poker is doing an amazing job (1000 hours streamed in 100 days… INSANE) and gotta throw some love to my boy APESTYLES who has been on Twitch for a couple months now and is absolutely KILLING it.


We just got this new guy added to the team. “Craig Moneyboots” or something. Won a WSOP back around 1982!! So would be cool to beat up on his old ass HU.

Work. Put in the time. The guys who are at the top put in an INSANE amount of time working on their craft. ALSO one of the biggest things I see destroy players is their mindset. Get that head right.

Gotta be my boy BetOnDrew. Been like brothers since we met!

Biggest achievement has to be signing with ACR. A DREAM. Biggest failure was my health and fitness in 2020 (we packed on a few lbs ahaha) and biggest goal would have to be I want to be playing on the biggest viewed stages in the world someday. Maybe not for my poker skill, but because of my personality.

Q: If you hadn’t become a poker player/streamer, what or where do you think you would be right now?

I was an aspiring hockey player my whole life. It was my one passion/love. Poker saved me from addiction, and took me off a road that wasn’t leading anywhere. I owe a lot to the game of poker, and ACR for taking a chance on me.

Q: What has been the hardest thing to learn in the game?

Mindset. Having a sports background I LOVE to compete and love to WIN. Taking L’s on a daily basis has been a learning curve for me. It has forced me to focus as much on my mind away from the table as my game on it.

Q: You have to choose a fellow ACR pro to go Big Brother…who gets the gig?

As much as I’d love to see Ryan Depaulo on BB, I think the lack of filter could get him in trouble haha. TO BE HONEST, I would love to watch Nagy maneuver around that game! Haha with that Nagy charm I think he could do well. OUTSIDE that Ebony would be amazing to watch as well.

You have to leave Canada to keep your career going…you can choose anywhere…which country/city gets the nod?

Gotta go Vegas!!!! I have only been twice, but the atmosphere and the games and the people in Vegas are second to none!! I feel could get a guy like me in a lot of trouble tho’ hahaha.

Q: I tried to check your Twitter but you’ve been suspended…why!

FFS. Haha, I have a boxing match down south beginning of July. I tweeted (promoting the fight) that I was going to knock my opponent out… I assumed this is how fights are promoted… NOPE.

Twitter deleted my account permanently and won’t listen or read any of my appeals lol. TO BE FAIR it’s been a blessing in disguise. I spent way too much time scrolling on Twitter, being pissed off over peoples takes and opinions…. It has almost been like a weight lifted off. Far happier man off Twitter haha.

We’ll be bringing you interviews with ACR’s finest over the next few weeks and months, so remember to check in regularly to find out what the pro’s are up to and why!