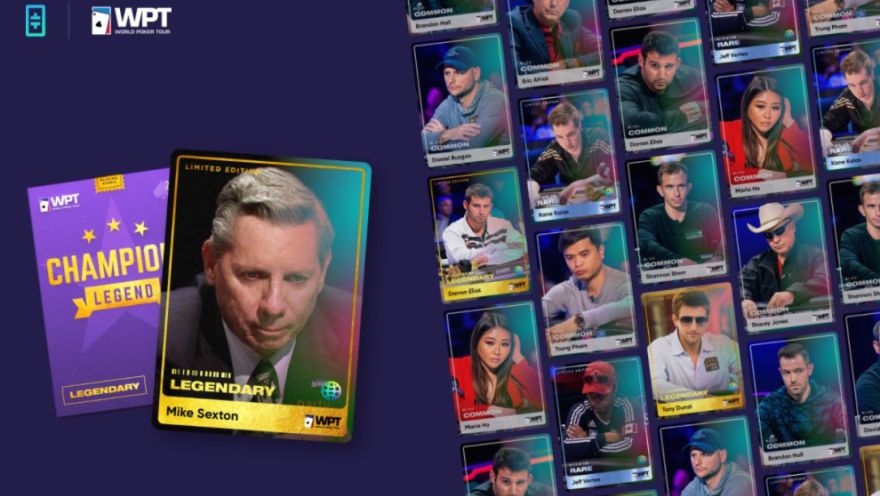 The modern NFT (non-fungible token) craze utilises blockchain technology to allow ownership of a one-of-a-kind digital product. You can think of it similar to a digital version of collectable cards. The blockchain tag proves that the holder is the owner of the product in exactly the same way as it ledgers cryptocurrencies.

Collecting a Piece of the WPT Action

“Our exclusive NFT launch with Theta Network is one of our biggest digital initiatives to date and, for the first time ever, we’re combining our global reach of live televised poker with an NFT marketplace, giving our fans an interactive, real-time opportunity to collect a piece of the WPT poker action.”

“We are thrilled to bring some of our top poker pros, players, and celebrities to the NFT world, featuring rare and legendary WPT packs in weekly drops and running exclusive one-of-a-kind auctions for such rare poker moments.”

Theta Labs CEO and co-founder Mitch Liu spoke about the company’s proof-of-stake native blockchain being able to make minting and transacting NFTs a simple task that is 100% eco-friendly and cheap. Bitcoin has been under fire during 2021 for its obscene use of energy in a world where reducing our carbon footprint is becoming more important; something Theta wishes to avoid bad press over.

Theta proudly declared their platform to be as much as 100x faster than Ethereum’s, assuring poker fans that real-time engagement during live streams will be as smooth as you like. But the real crowning glory about the Theta system is the promise to facilitate “seamless NFT transfer and transactions across networks.” This means your verified ownership of your asset can be moved wherever you like.

The marketplace launched at the World Poker Tour televised Season XVIII premiere last month, with a four-week run of the Theta Network WPT Cash Game. Viewers were invited to join a virtual queue where periodically the lucky few would pick up a digital goodie bag.

This idea might not be everyone’s cup of tea, but the world moves on and it’s definitely a good thing that poker is always looking to stay at the forefront of new technology.