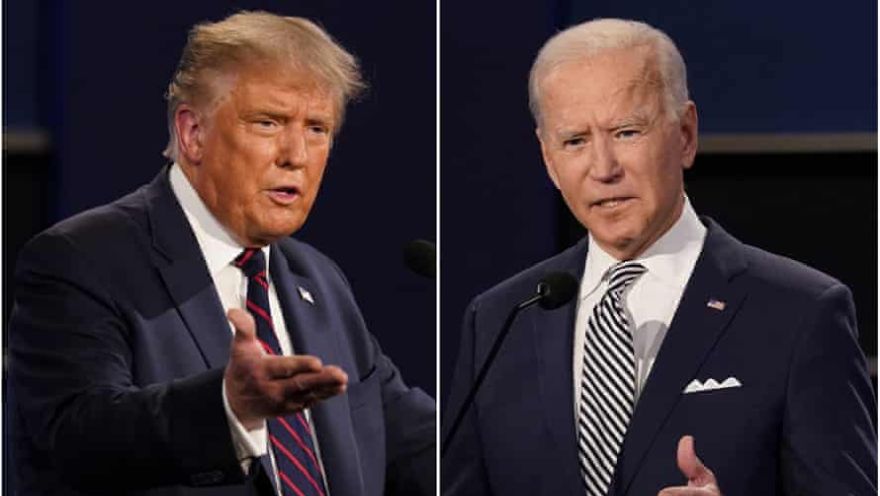 Mega-rich Brits have been betting huge sums on both Donald Trump and Joe Biden to win the US election. With the counting now in full flow and a result not far away the bettors will be nervously following the news as it comes in.

Do these guys think they know something that the rest of us do not?

There is always a massive amount of polling done for any election in a major economy, let alone the world’s only superpower. But often we see conflicting information that leaves us scratching our heads.

Maybe the gamblers have acquired data that isn’t publicly available to the masses.

On October 29th, a £1 million (around $1.29 million) bet was placed on Democrat Party candidate Joe Biden to win on the Betfair Exchange. This late stage wager offered pretty poor odds with a profit of only £540,000 ($696,170) the prize, as Biden became a heavy betting favourite.

Oddsmakers estimated the chances were split at around 65% for Biden with 35%, although that looks seriously wrong as the votes are now coming in. Political opinion poll analysts FiveThirtyEight even gave Trump as little as 10% to win, so somebody is probably looking for a new job this morning.

We shouldn’t be surprised at this kind of bet from a clearly rich individual. People who bet amounts of this order typically back the favourite, and often wait until very late on to get the best possible price. A small change in odds can mean a lot more profit.

American gamblers will be watching this story with interest as they are banned from betting on their own elections at home, even with the sports betting industry growing nicely after the Supreme Court voted in favour of allowing it two years ago.

In fact, it is looking like the 2020 US presidential election will be the most-bet-upon event in history, with no US residents taking part(legally at least).

Another Brit wagering a huge sum on the US election is rumoured to have staked a whopping $5 million on Donald Trump to roar to victory. A private bookmaker on the Caribbean island of Curacao took the bet at 37/20 odds, which is thought to be a world record for political wagers. If Trump does win that would mean an insane $9,250,000 profit.

Up to $400 million is expected to be the final total as bets can still be placed as the counting continues and until a winner is announced. If legal action slows down the process we could see an even bigger total.

Paddy Power say that 93% of late bets have been for Trump as the mood looks to have changed across the US during election day. We might witness a late surge of bets as the states finalise their results with a Trump victory now a lot more likely than most people thought.

A spokesperson for British bookmaker Ladbrokes spoke to The sun Newspaper and said,
“Biden looks home and hosed according to the bookies and pollsters, but even at the eleventh-hour punters are continuing to back Trump at the odds on offer,”

At this late hour as much as 75% of all bets on the US election have been for Trump, making a mockery of the opinion polling done during this year.