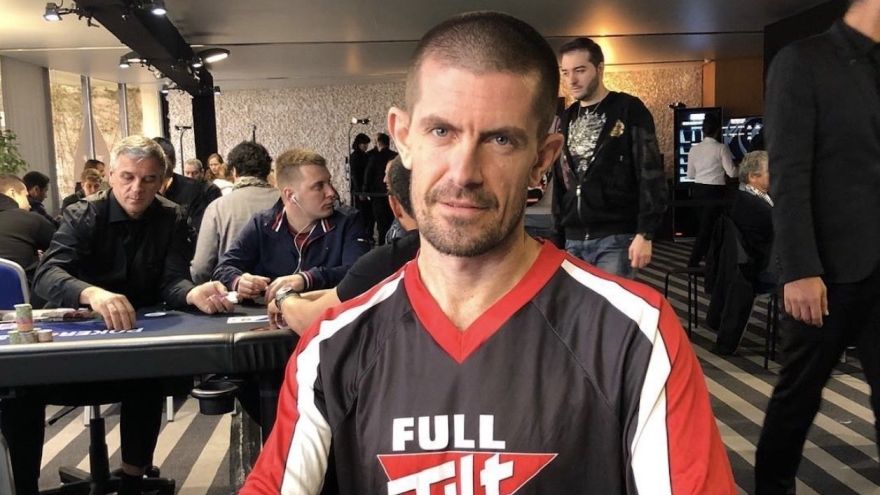 Gus “The Great Dane” Hansen was once a household name in the high-stakes poker scene. However, after a run of bad luck, The Great Dane stepped away from the game and is leading a much different lifestyle.

Born in 1974, the Danish poker pro started his career in 1997, and at that point was already a high-level backgammon player. While attending UC Santa Cruz, as an exchange student, Hansen began going to the Ocean View Card Room in Santa Cruz to play poker.

Hansen had seemingly cracked the code to online poker, with over $10 million in total live earnings and an impressive World Series of Poker resume to boot. A little over $1.2 million of Hansesn’s over $10 million came in the WSOP. Hansen also has a bracelet after winning the Heads-Up High Roller event in the 2010 WSOPE.

Perhaps Hansen’s live tournament success was due to his aggressive play style. Whatever the case may be, The Great Dane’s playstyle made him a perfect fit for high-stakes poker shows like High Stakes Poker. Hansen was a fan favorite on the show and had some memorable pots, like when he made quads against Daniel Negreanu’s full house.

Although Gus Hansen’s had remarkably live tournament and cash game success, it all came crashing down during an epic downswing. As of 2015, his losses online are reported to be upwards of $20 million.

As a result of his losses, The Great Dane decided to take a break from the poker world and attempt to recoup his losses by picking up a simple 9-5. Although not a permanent break from the game he was so successful at, Hansen certainly needed to reevaluate.

In a 2016 interview, Hansen described the differences between poker the poker players of today versus the ones of yesterday.

“Poker players were gettin freerolled into tournaments and were getting sponsorships from the online sites,” Hansen said. “So I think people were a little more loose back then. It’s probably a little more conservative these days and poker players in 2016 are much, much better than they were in 2003.”

He was virtually gone from the poker scene from about 2014 to 2017, but he made a return to the high-stakes cash scene with an appearance in Bobby’s Room at the Bellagio. Hansen has also made more recent appearances on the return of High Stakes Poker. Additionally, Hansen played the WSOP Main Event in 2019 and cashed for $20,200.

Although Hansen may never reach the level of success he had in the early 2000’s, his recent return to the game is a feel-good story for those who watched him dominate back in the day. Maybe he can even go on an upswing and claw his way back to a winning player.