The Rise and Fall of Brian Townsend 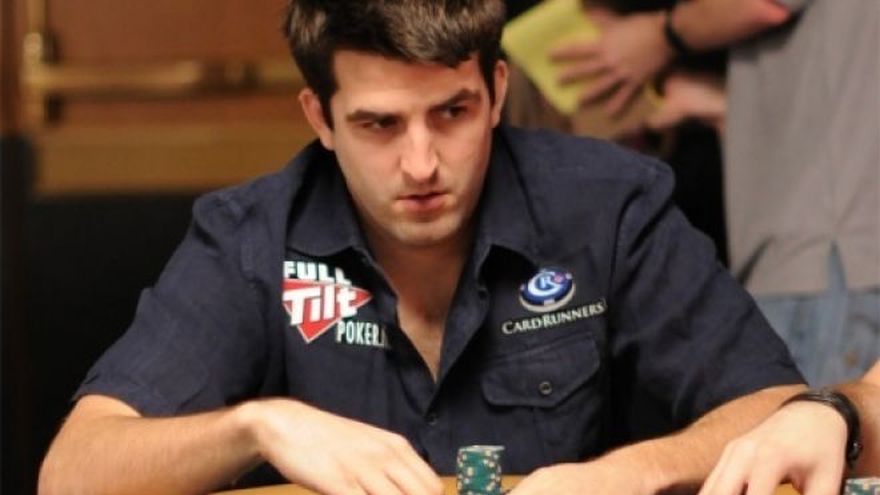 Brian Townsend was born in California, United States of America, in 1982. After graduating with a master's degree in Economics from the University of California, Townsend was confident about his future. The initial plan for Townsend was to become a budget analyst, but that changed when he chose to do something else. His unconventional career path choice brought him to the world of professional poker.

At first, Townsend played online poker for $0.50/$1.00 stakes, and it did not take long before he climbed up in stakes and became a regular at nosebleed stakes online. By the mid to late 2000s, Townsend had established himself as one of the world's best online poker pros.

He became famous for his aggressive playing style and ability to execute bluffs effectively while playing in Full Tilt Poker and PokerStars sites. He earned around $25,000 a month during that stretch.

As a result of his online success, he was invited to appear on the Game Show Network's television show High Stakes Poker. Both seasoned and recreational players participated in a series of No-Limit Texas Hold 'em cash games on this program. Townsend had a bad run on this program as he lost $100,000 in only three episodes.

Townsend had already created a reputation for himself on Full Tilt Poker as "sbrugby," winning $3 million primarily heads-up no-limit hold 'em games in the first five months of 2007.

He also featured on NBC's Poker After Dark when he beat Doyle Brunson in a $120,000 heads-up match he won. He was published on the front covers of the August/September 2007 edition of Cardplayer Magazine and the November 2008 edition of Inside Poker magazine for his prowess at high-stakes poker.

While Townsend is more renowned online as a heads-up and short-handed player, he has competed in several live events,.such as the World Poker Tour no-limit hold 'em tournament, where he finished in the money. Townsend has also competed in the World Series of Poker and placed 170th out of 6,683 players, earning $44,728.

His Red Pro status was suspended for six months in September 2008 after he was found to have been involved in multi-accounting. Townsend was banned for using the screen names "Stellarnebula" and "Brian Townsend" on Full Tilt Poker. To make up for his mistakes, Townsend contributed $25,000 to charity, saying, "This is by no means me making my acts correct, but I hope that it demonstrates some good faith towards those that I work closely with."

Brian Townsend had his Full Tilt Poker Red Pro Status suspended for a second time in December 2009 for one month.

A blog post on CardRunners.com revealed Townsend's acquisition of 30,000 hands of Isildur1 in addition to the 20,000 he already had. He stated, "This is against the T&C of Full Tilt Poker, and because of this violation, I am going to have my red pro status suspended for one month."

Townsend collaborated with fellow poker pros Brian Hastings and Cole South and analyzed over 50,000 hands played by Viktor' Isildur1' Blom. With this kind of data, they had the upper hand; Hastings went ahead and played Blom's heads-up and ended up winning $4.2 million from Blom. Townsend, on the other hand, for 17,725 tracked hands Townsend pocketed roughly $1.6 million from Blom.

When Townsend's winnings began to increase, he upped the stakes accordingly, and that's when the troubles began to arise for him. By the time Townsend lost $300,000 in the first week of January 2010, he was already in terrible shape. He was down $2.5 million by May, Townsend's losses continued to pile up. Townsend then exited CardRunners, deleted his red pro account, and returned to Full Tilt under the alias 'sbrugby'. Despite Townsend's efforts, the company lost an additional $1.5 million. Townsend lost $4 million that year using both accounts.


Where is Townsend now?

Though he occasionally plays online poker, Townsend's professional poker days are gone. He has recently decided to enter the corporate sector, where he is working as a market researcher for a start-up company in Southern California.