One incredibly lucky lottery player bucked the superstition by scooping the $1.35billion (!) US MegaMillions lottery jackpot 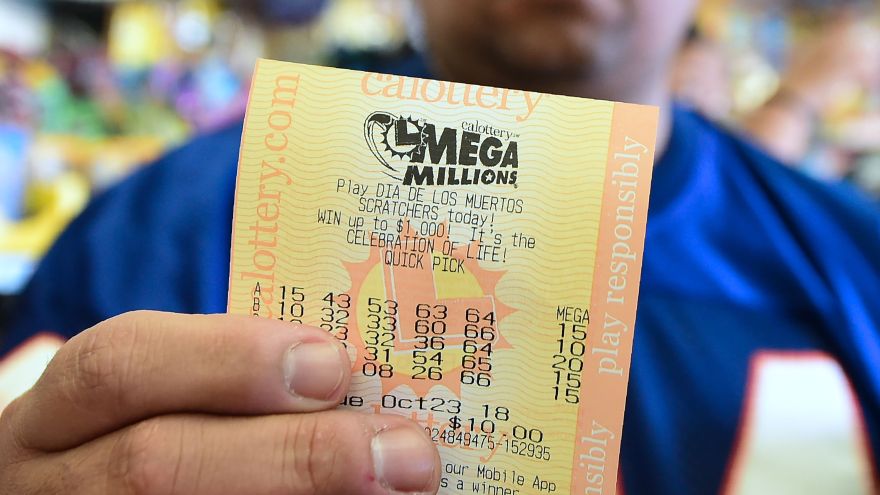 Friday the 13th isn’t supposed to be a date when good things happen, but one incredibly lucky lottery player bucked that superstition by scooping the $1.35billion (!) US MegaMillions lottery jackpot, the fourth largest lottery win in US history!

The jackpot hadn’t been won for 3 months, but the 25-draw lean streak ended last Friday when the unnamed winner overcame the odds of one in 302.6 million to bag the jackpot prize.

The winning numbers were: 30, 43, 45, 46, 61 with the gold Mega Ball number 14 and the winning ticket was bought in Maine, one of 45 states that carry the MegaMillions lottery, along with Washington, DC, and the US Virgin Islands.

The ticket was sold at a gas station in the town of Lebanon, according to the Maine Lottery, who posted on FB: “We did it!! Winning ticket sold at Hometown Gas & Grill in Lebanon Maine.”

Fred Cotreau, owner of Hometown Gas & Grill, told news outlet CNN that he initially believed a 6 a.m. call from the lottery office was a scam. Cotreau described Lebanon as a small rural community where the winning ticket will be “really good news for somebody.”

“It’s almost incomprehensible to wrap your head around how much it would change somebody’s life, regardless of your status and where you are, to get that kind of pay out,” Cotreau said.

Before Friday, the maximum anyone had won on a lottery ticket from the Hometown Gas & Grill was $1000.

Should the winner choose the cash prize version rather than annual payments over 29 years amounting to the $1.35b, the amount won is still a staggering $724.6million (£593.4million).

Incredibly, the win still doesn’t get the new multi-millionaire or billionaire a spot in the Forbes rich list, the top 400 all having a wealth of over $2billion. The list was topped last year by Tesla founder and new Twitter owner, Elon Musk, with $251billion to his name.

The top two in the all-time lottery jackpot wins came in the Powerball multi-state lottery, a single ticket breaking all the records in November 2022 with a $2.04billion win. The cash value was estimated at $997.6million.

Second on the list happened back in January 2016 when three tickets shared the $1.586 billion top prize, while MegaMillions accounted for the 3rd biggest-ever jackpot, a single ticket lifting $1.537billion back in October 2018.